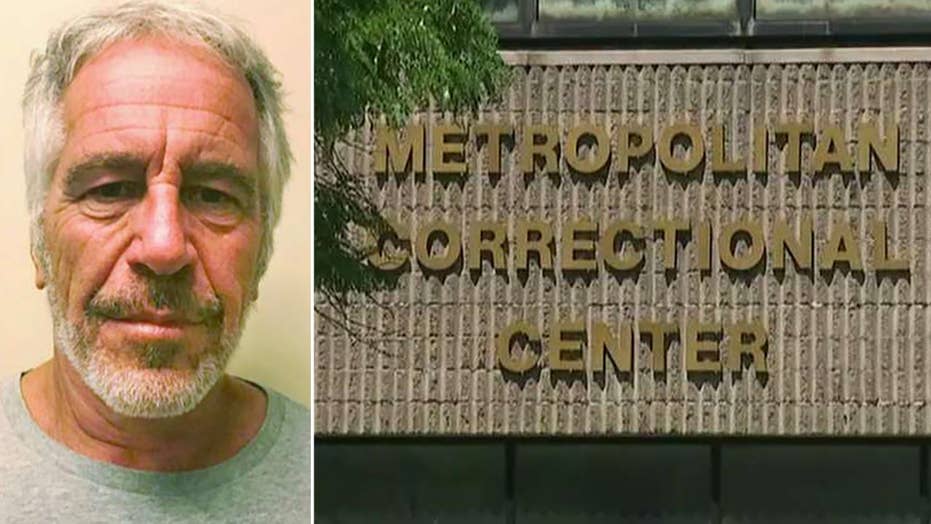 How did Jeffrey Epstein get off suicide watch?

Accused sex trafficker Jeffrey Epstein was reportedly upbeat and optimistic — or, alternatively, "delusional" — during his final hours alive, with officials contending Epstein gave no indication he'd soon use a confluence of procedural lapses at the lockup as the opportunity he needed to hang himself with a bedsheet Saturday.

Epstein on Friday even innocuously bid goodbye to one of the lawyers with whom he'd been meeting, saying, "I'll see you Sunday," according to the New York Post.

But as dawn broke Saturday morning, the two staffers assigned to monitor Epstein — who was on a "special observation" watch that required frequent checks and a cellmate at all times after an apparent suicide attempt two weeks earlier — reportedly found the disgraced financier dead in his 8-by-8 cell. Officials later revealed the 66-year-old was alone behind bars after his cellmate was removed for an undisclosed reason Friday evening, and the pair working as corrections officers Friday night into Saturday morning reportedly hadn't looked in on the high-profile defendant in several hours.

The two staffers have since been placed on administrative leave and the Metropolitan Correctional Center's warden has been reassigned pending the outcome of the numerous probes into Epstein's demise.

Epstein was placed on suicide watch in late July and given daily psychiatric evaluations for a week after he was said to be found semiconscious in his cell with bruising on his neck. But it wasn't long before Epstein was removed from suicide watch — reportedly at the request of his lawyers, who saw a hopeful attitude in their client. The convicted sex offender was then placed on the less restrictive "special observation" watch and transferred to a new cell with a new cellmate.

“He thought he was going to get the same deal he got in Florida," a source told the Post, referencing the controversial plea deal Epstein entered into in 2008 that was overseen by then-U.S. Attorney Alexander Acosta. That agreement allowed Epstein to serve only 13 months in prison — with a generous and lenient work release provision — and required him to register as a sex offender.

Unsubstantiated conspiracy theories have run rampant in the week following Epstein's death, and speculation has often filled in for fact while the public awaits the official results of Epstein's autopsy. Law enforcement officials and former MCC inmates have questioned how someone who was said to be suicidal could've been left alone for so long, despite several protocols that required otherwise — and the perfect storm of what was reportedly egregious incompetence has provided plenty of fuel for those who believe Epstein might've been murdered.

But while Epstein's alleged sunny disposition near the end of his life may not appear to be in line with a man prepared to kill himself, those with suicidal tendencies can often experience an uptick in their mood — appearing positive and happier — just before they kill themselves, according to Lisa Firestone, a clinical psychologist who studies suicide.

She wrote in 2009 that while many people exhibit warning signs including the more frequently observed self-hatred, isolation or lack of interest, when people make the decision to kill themselves, they "may appear much calmer, happier and more relaxed" because they feel they're "no longer in turmoil," as suicide feels like the "perfect solution" to their problems.

Similarly, Kate Spade — the renowned fashion designer who killed herself in June 2018 — "sounded happy" the night before her suicide, according to her husband, who told The New York Times "there was no indication and no warning that she would do this."

Each day that Epstein — who faced up to 45 years in prison — spent in federal custody "he was very positive, and the night before [his death] he was real positive," a source told the Post. "He was in great spirits the night before."

Attorney General William Barr on Monday said there were "serious irregularities" discovered at MCC after Epstein's death and on Tuesday announced the staffing changes at the Manhattan jail while probes by, among others, the FBI and Justice Department proceed.