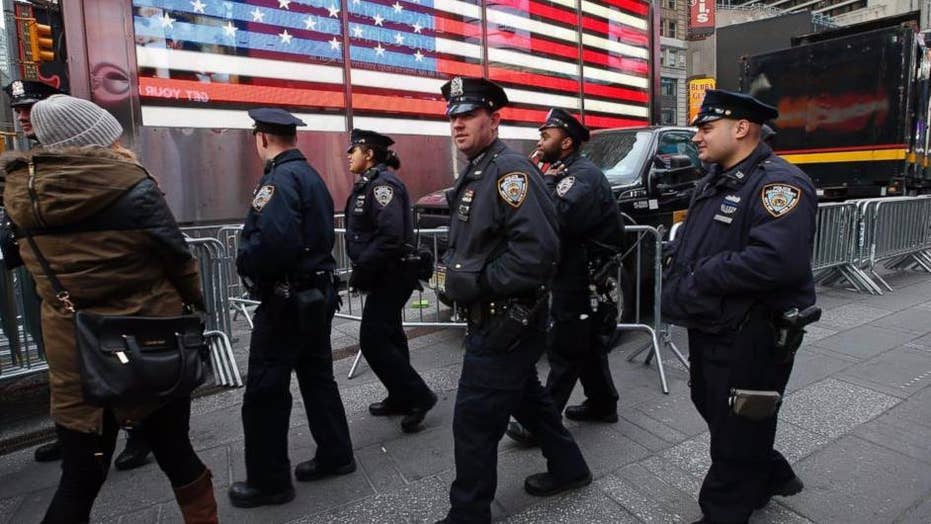 James Rosen reports on details made public by the Department of Justice about 2016 plot.

Three men, including an American and a Canadian, plotted ISIS-inspired terror attacks against New York City landmarks, concert venues and the city's subway system last summer, according to federal prosecutors.

Charges were unsealed Friday against Abdulrahman El Bahnasawy, a 19-year-old Canadian citizen; Talha Haroon, a 19-year-old U.S. citizen based in Pakistan; and Russell Salic, a 37-year-old citizen of the Philippines.

El Bahnasawy was arrested in May 2016 and pleaded guilty this past October to seven terror-related charges, including conspiracy to use weapons of mass destruction, conspiracy to commit acts of terrorism across national borders, and conspiracy to bomb a public transportation system. His sentence is pending.

Prosecutors say that El Bahnasawy and Haroon plotted attacks that would coincide with the Muslim holy month of Ramadan, which ran from June 6 to July 5 last year.

According to court documents, El Bahnasawy bought bomb-making materials and secured a cabin outside of New York City to use as a safe house, while Haroon consulted an "explosives expert" in Pakistan and made plans to travel to the U.S. to carry out the attacks. Salic allegedly wired money from the Philippines to support the operation.

According to investigators, el Bahnasawy and Haroon discussed their plans online with an undercover FBI agent posing as an ISIS sympathizer. El Bahnasawy told the agent that he wanted to "create the next 9/11."

On May 1, 2016, El Bahnasawy sent the agent a map of the New York City subway system with markings indicating which lines the men would attack. Haroon told the agent they should shoot as many train passengers as possible, "including women or kids."

"When we run out of bullets, we let the vests go off," Haroon vowed.

"[W]e seriously need a car bomb at times square," El Bahnasawy messaged the undercover agent on May 12. "Look at these crowds of people!"

The same day, El Bahnasawy said he wanted to "shoot up concerts cuz they kill a lot of people." He said he and his co-conspirators should "walk in with guns in our hands. That's how the Paris guys did it," a reference to a November 2015 ISIS attack in the French capital that killed 130 people, many of them spectators at a rock concert.