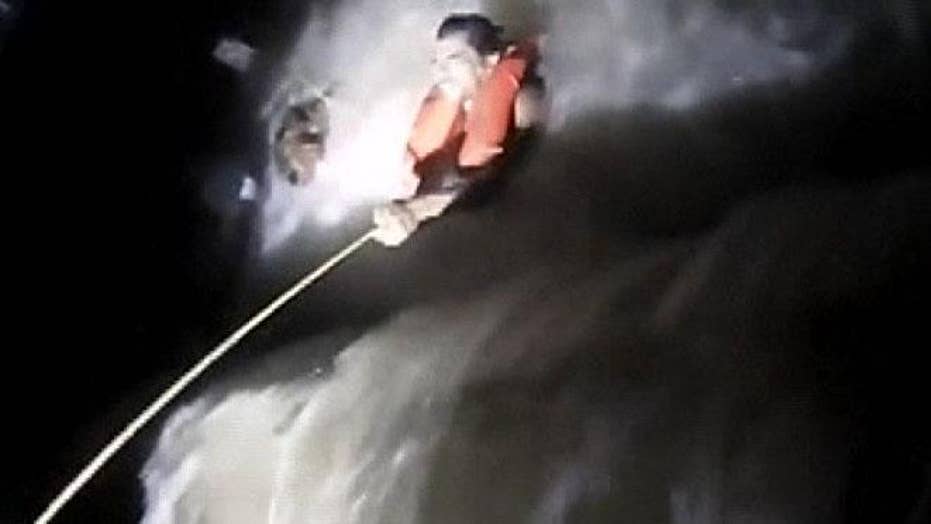 Police officers in Iowa fought against the turbulent waters of the Des Moines River this week to rescue a couple after their inflatable raft drifted over a dam and capsized.

Des Moines police arrived at the Scott Street Bridge around 9:30 p.m. Monday to investigate reports of people yelling for “help,” the department wrote on Facebook. Officers found a man and a woman trapped in the dam, struggling to keep their heads above the rushing water.

“Give me some rope,” an officer is heard telling the woman. “Alright, hold on. Just keep holding on, don't let go.”

Officers throw a rope to the couple and struggle against the choppy water for over two minutes, the bodycam video shows. As an officer works to pull the woman over a low waterfall emptying into the dam, she disappears below the surface.

Officers, with the assistance of a Good Samaritan, eventually pull both victims to safety. The 44-year-old man and 50-year-old woman were treated at a hospital and released, police said.

As for the officers involved, the department said they “dried off, and went back to work.”

The department used the incident to caution visitors to wear life jackets and follow posted warnings near the dam.