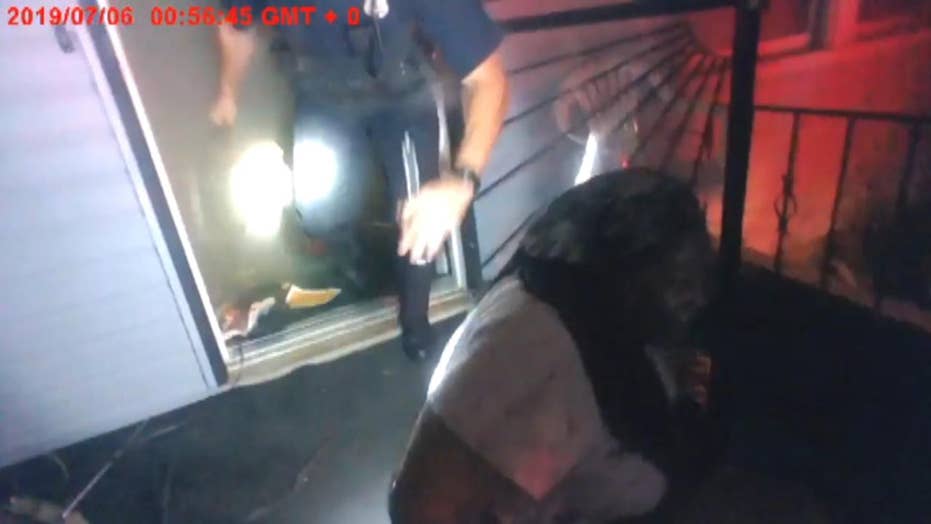 A police officer in Ohio who was the first to arrive at a burning home during the weekend helped rescue a child trapped inside in a dramatic moment captured on video.

The Cleveland Heights Police Department said the blaze was reported around 1 a.m. Saturday.

Patrolman Josh Robertson, who arrived first at the scene, was told by the homeowner her six-year-old son was trapped inside.

FLORIDA PASTOR STOPS BURGLAR AT CHURCH, HOLDS HIM AT GUNPOINT UNTIL COPS ARRIVE

Robertson then crawled into the home and began searching for the child.

"I couldn't see him, but I was just like looking, yeah, and I just grabbed him by the shirt and I started yanking man," he told FOX8.

He discovered the unconscious child and pulled him out of the burning house.

After getting the six-year-old out of the house, the boy began breathing on his own.

While the officer was briefly overcome with the effects of smoke inhalation, officials told FOX8 no serious injuries were reported. The cause of the fire was under investigation.