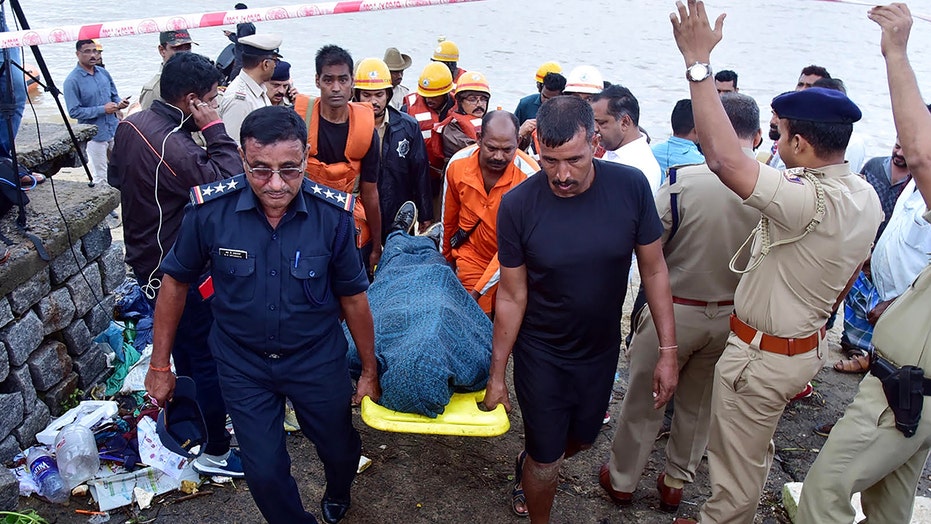 The body of V.G. Siddhartha, founder of India’s largest coffee chain, was found floating in a river Wednesday, two days after he was first reported missing.

Siddhartha, 60, was last seen by his driver Monday evening near a bridge in Dakshina Kannada district. He reportedly asked him to wait while he went for a walk along the bridge. After not hearing from the coffee tycoon for two hours, the driver contacted police.

His body was found by fishermen on Wednesday.

FOUNDER OF INDIA’S LARGEST COFFEE CHAIN DISAPPEARS AFTER LETTER TO EMPLOYEES: ‘I FOUGHT FOR A LONG TIME BUT TODAY I GAVE UP’

“I saw a body floating while I was fishing and then I informed the police. I participated in the rescue operation,” one of the men told the New Delhi Television news channel.

National Disaster Response Force (NDRF) personnel carry the body of missing Indian coffee tycoon V.G. Siddhartha from the banks of Netravati river towards an ambulance after local fishermen found it floating in the coastal city of Mangalore in the southern state of Karnataka on July 31, 2019. (STR/AFP/Getty Images)

An autopsy report will be conducted to confirm the official cause of death.

Police are continuing to investigate the circumstances around the Cafe Coffee Day founder’s death. Several days before his disappearance, Siddhartha sent a letter to employees that appeared to allude to mounting financial problems.

“I would like to say I gave it my all. I am very sorry to let down all the people that put their trust in me,” the letter, obtained by the Times of India, read. “I fought for a long time but today I gave up as I could not take any more pressure from one of the private equity partners forcing me to buy back shares, a transaction I had partially completed six months ago by borrowing a large sum of money from a friend.”

He continued: “Tremendous pressure from other lenders nod to me succumbing to the situation.”

Siddhartha went on to say that he was “solely responsible for all mistakes” and that the company’s auditors and senior management were “totally unaware of all my transactions.”

“The law should hold me and only me accountable, as I have withheld this information from everybody including my family," he said.

The body of missing Indian coffee tycoon V.G. Siddhartha is wheeled on a stretcher from an ambulance to a cold storage unit after local fishermen found it floating in the Netravati river in the coastal city of Mangalore in the southern state of Karnataka on July 31, 2019. (STR/AFP/Getty Images)

Cafe Coffee Day was founded in 1996 and now has 1,750 locations throughout India, making it the largest coffee producer in the country, according to the Business Standard. It has also opened locations in Europe as well as in Malaysia and Nepal.