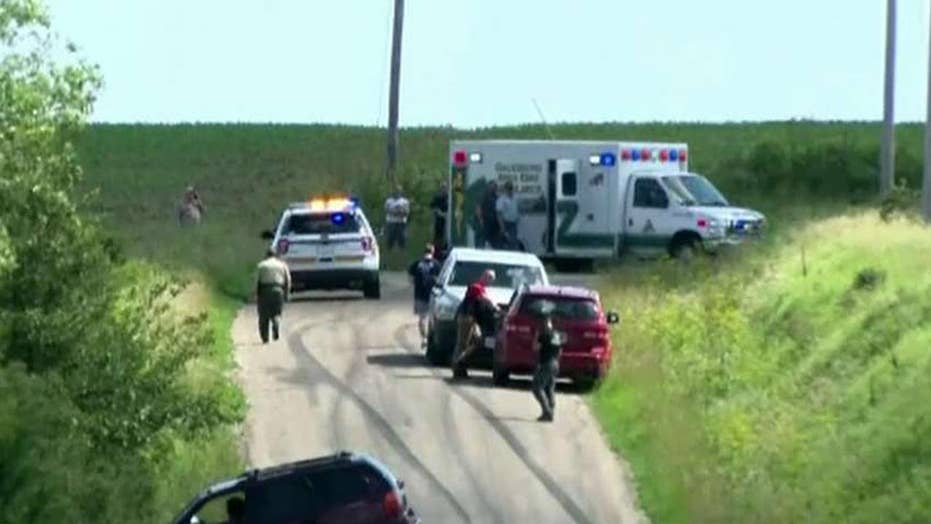 Deputy Troy Chisum is the 23rd officer killed in the line of duty in 2019.

A police officer in Illinois was shot and killed while responding to a call for help in a rural community on Tuesday, according to officials.

Illinois State Police said in a news release that 39-year-old Fulton County Sheriff’s Deputy Troy Chisum had responded to a battery and disturbance call around 2 p.m. in Avon, located about 45 miles west of Peoria.

While responding to the scene, officials said that "multiple shots were fired," and Chisum was shot and killed.

Chisum was a four and a half year veteran of the sheriff's office and was also a paramedic with the Fulton County EMA. He was also a member of the West Central Special Response Team, and the ILEAS WMD/SRT Team, Region 6, according to state police.

Fulton County Sheriff’s Deputy Troy Chisum was shot and killed while responding to a battery and disturbance call in Avon, Illinois on Tuesday. (WHOI via NNS)

The suspected shooter had barricaded themselves at a home in in the rural community, and drew the response of multiple police departments to assist with the "ongoing situation."

State police said the suspect remained barricaded as of Tuesday night. The agency did not release additional information as of Wednesday morning.

The shooting drew a massive response of law enforcement, including officers from the U.S. Marshals in addition to drone and helicopter presence, WEEK-TV reported.

A large procession of law enforcement traveled from Avon to OSF St. Francis Medical Center in Peoria, Ill. on Tuesday night as Chisum's body was transported after the shooting.