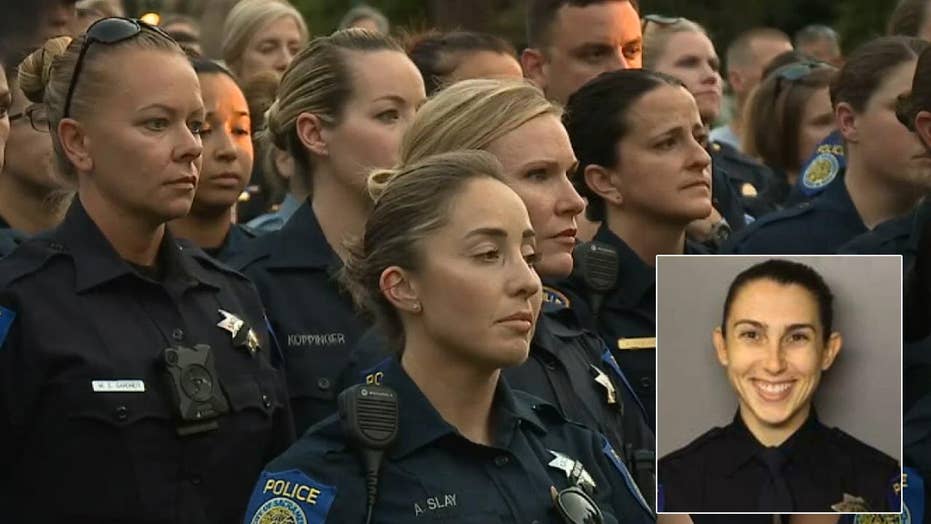 The man charged with killing a California police officer was hospitalized Sunday after smashing his head against his bed frame, authorities said.

Adel Sambrano Ramos, 45, was placed under 24-hour psychiatric watch after he was returned to jail. He was expected to make his first court appearance later Monday afternoon.

Ramos is facing murder charges in the killing of Sacramento County Police Officer Tara O'Sullivan, the attempted murder of her training officer and illegal possession of assault-style rifles. He could face the death penalty if convicted.

Sacramento County Sheriff's Sgt. Tess Deterding described Ramos' injuries as "nothing major" and noted that the suspect was out of jail for "only 12 hours."

Ramos, who has a history of domestic violence, was moved to the psychiatric wing of the jail, where Deterding said, "we've taken further precautions to make sure he doesn't hurt himself like that."

She added that there are mental health employees in Ramos' unit and he was given a thin mattress and a suicide smock -- a piece of clothing that is tear resistant so inmates can't turn it into a noose.

O'Sullivan, a 26-year-old rookie cop, was shot several times after she was ambushed while on a domestic violence call. Ramos allegedly kept firing at police for 45 minutes after shooting O'Sullivan, preventing them from reaching her until they brought in an armored vehicle.

Authorities said Ramos was heavily armed with assault rifles, a shotgun and a handgun and fired dozens of times at officers over an hours-long standoff before surrendering.

O'Sullivan was the first Sacramento police officer to be killed on the job in twenty years.