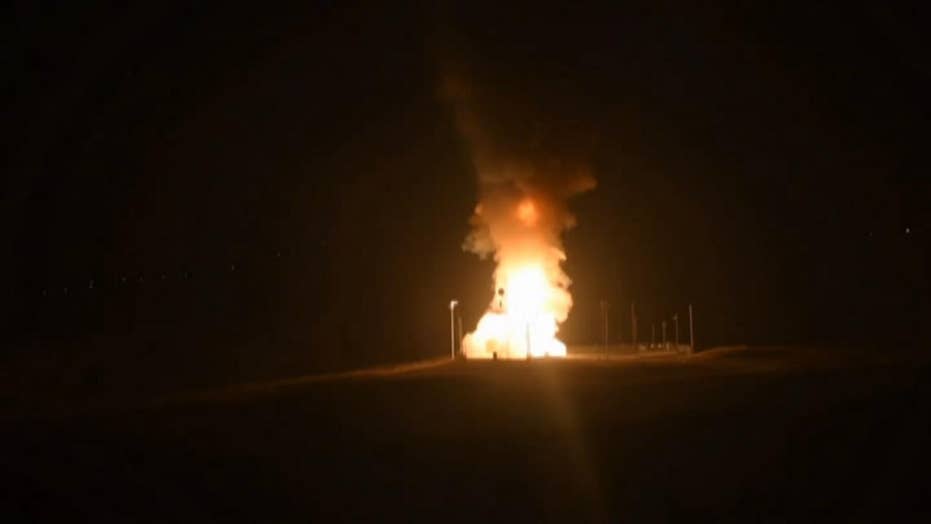 An intercontinental ballistic missile flew 4,000 miles from an Air Force base in California into the Pacific early Wednesday morning in a test of the United States' substantial arsenal.

The unarmed Minuteman-III ICBM test was previously scheduled and "not a response to recent North Korean action," a statement from the Air Force said. Wednesday's test was "long planned," the Air Force told Fox News on Tuesday.

This is the fourth U.S. ICBM test this year, and comes less than a week after North Korea's record-setting ICBM launch on Friday, which officials say could have reached most of the U.S. if fired on a regular trajectory.

The Air Force ICBM test follows on the heels of B-1 bomber flights from Guam to South Korea during the weekend. The U.S. also said it conducted a successful test of a missile defense system located in Alaska.

The 30th Space Wing said Wednesday's launch occurred at 2:10 a.m. out of Vandenberg Air Force Base, which is about 130 miles northwest of Los Angeles.

Previous Minuteman ICBM launches this year were conducted in February, April and May. That month, the Air Force also conducted a test of a missile interceptor launched from Vandenberg. The interceptor destroyed a mock warhead over the Pacific.