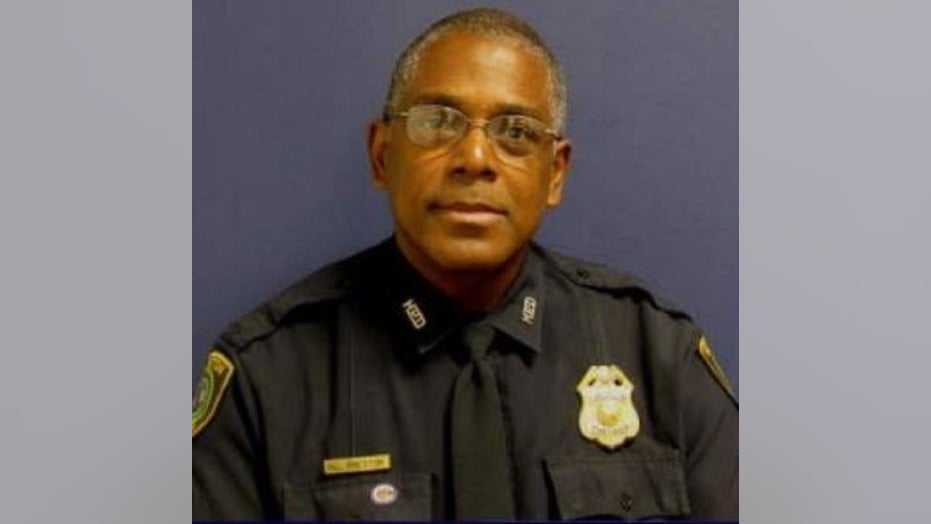 The city of Houston, Texas, is scheduled to bid a final farewell Thursday to a police sergeant who was killed in a shooting last week, according to reports.

A private funeral for the fallen officer will be held at Grace Church Houston at 11 a.m., reports said. Friends, family, and members of the department paid their respects to the "kindest guy you'll ever meet," during a special service Wednesday at Texas Southern University (TSU), according to FOX 26 Houston.

Houston police Sgt. Harold Preston, a 41-year veteran of the force, died Oct. 20 and another officer was wounded when a suspect opened fire during a domestic violence call, authorities say. (Houston Police Department)

"Feeling sorrow, knowing he dedicated nearly his whole life to the police department and he didn't have a chance to enjoy retirement like he was planning," Houston police Sgt. Michael Ortiz said. "He was just the kindest guy you'll ever meet, a gentle guy."

Preston was a 41-year veteran of the city's force. He graduated from Texas Southern University in 1978 and joined the force a year later.

"This man was part of the department when they used to use the N-word on the [dispatch] radio," Chief Art Acevedo said, according to the station.

During a year that has seen protests against racial injustice and questions about the force used by police following the May 25 death of former Houston resident George Floyd in Minneapolis, Acevedo said Preston's commitment to the community and his courage in the line of fire showed what an officer should be.

He added that Floyd and Preston both attended Jack Yates High School in Houston.

During the public visitation Wednesday, images from his decades-long career were seen during a slideshow at the Granville Sawyer Auditorium at TSU.

Elmer Manzano, 51, who authorities have confirmed is an illegal immigrant from El Salvador, was arrested in connection with the shooting. He faces capital murder and attempted capital murder charges in the death of Preston and the shooting of Officer Courtney Waller.

On Thursday, a police motorcade will ride down Interstate 45 in Houston on the way to his funeral. Preston, who was engaged to be married at the time of his death, is survived by his daughter, parents, and his fiancée.

He will be laid to rest Saturday in East Texas, according to FOX 26.