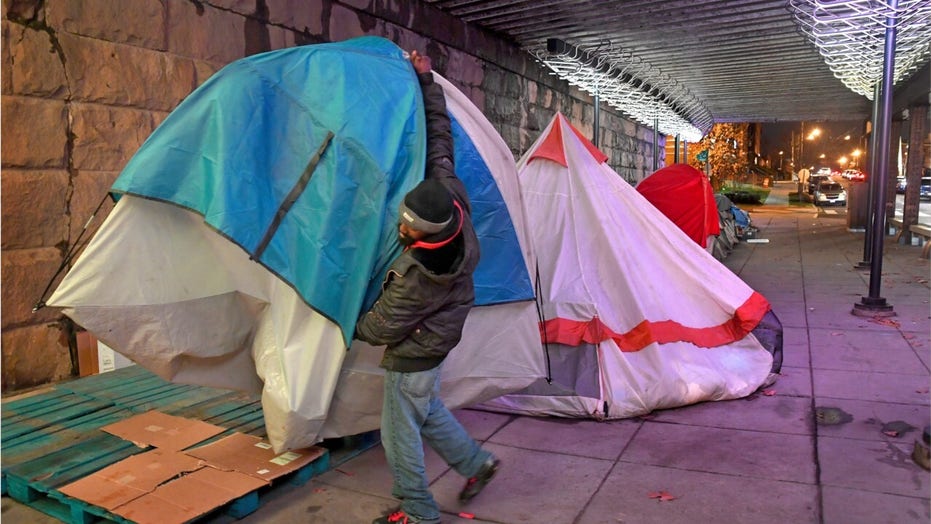 Homelessness in Washington, DC: Here are the statistics

The most recent homelessness survey for the Washington, D.C., metropolitan area showed numbers are dwindling.

The most recent homelessness survey for the Washington, D.C., metropolitan area showed numbers moving in the right direction, revealing a seven percent decrease in the overall number of homeless people.

A 2019 Point-in-Time survey conducted by the Metropolitan Washington Council of Governments showed there are a total of 9,794 homeless individuals. This is the lowest number since the region began collecting data in 2001, and the first time the number has dropped below 10,000. This sample area included the nation's capital, along with parts of Maryland, Virginia and West Virginia.

There are now 686 fewer people living on the streets or in shelters than in 2018, according to the council.

Seven of nine jurisdictions recorded decreases in the number of persons experiencing homelessness from 2018 to 2019, the survey showed.

The report also credited coordinated projects between the departments of Housing and Urban Development (HUD) and Veterans Affairs (VA) as having a positive impact on reducing the number of military veterans who have been homeless since 2015.

The availability of permanent housing resources and financial vouchers have also benefited veterans and contributed to the turnaround, according to the survey.

In the District of Columbia, specifically, there was a six percent decrease in the total number of homeless residents between 2018 and 2019; the count went from 6,904 to 6,521, the report showed.

Between 2015 and 2019, D.C. saw a drastic 11 percent drop in homelessness across the board. The city attributed the decrease to new policies centered on homeless families that granted them year-round access to shelters and increased social service options.

The streamlined method allowed shelters to better absorb the higher volume of refuge seekers during the colder winter months while maintaining efficiency.

The District of Columbia passed the End Youth Homeless Amendment Act in 2014, expanding access to youth-centric services, and it also mandated an annual census.

The city also launched the Homelessness Prevention Program (HPP), which seeks to help families resolve a housing crisis before a shelter stay is even necessary.