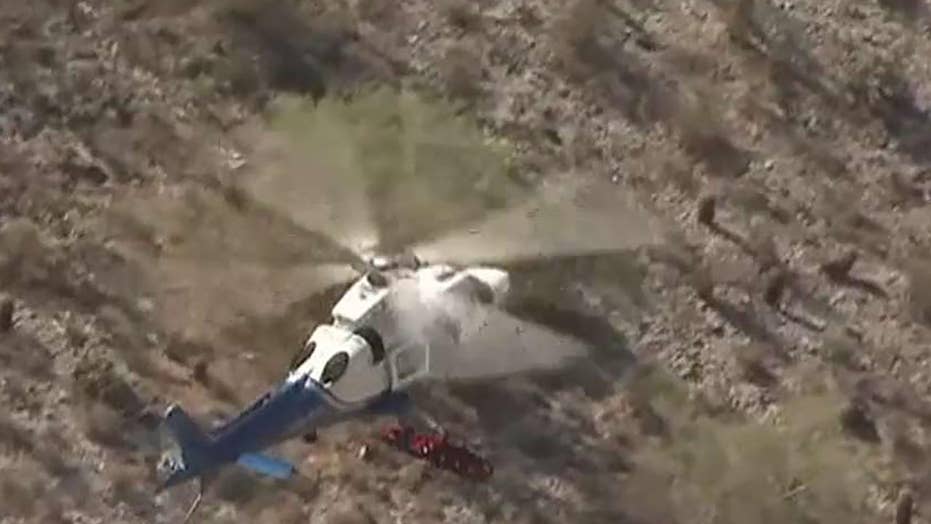 A 74-year-old hiker who was caught on crazy video spinning out of control while being airlifted by a helicopter in Arizona on a stretcher has filed a notice of claim against the city of Phoenix — for a dizzying $2 million, according to a report.

Katalin Metro was hiking off Piestewa Peak near Phoenix on June 4 when she apparently tripped along the trail, became disoriented and needed help getting back down, according to Fox 10.

Firefighters wrapped Metro like a mummy and strapped her in a so-called “stokes basket,” which the helicopter lifted gently — before it began to spin, slowly at first, then faster and faster until she looked like a human chopper blade.

The spinning lasted a solid minute, as seen in the viral video that has been viewed millions of times.

“I kept watching and hoping, just hoping that something would stop it,” Metro’s husband, George, said on Phoenix-based radio station KTAR-FM.

At the time, rescue crews tried to explain how a person can turn into a pinwheel.