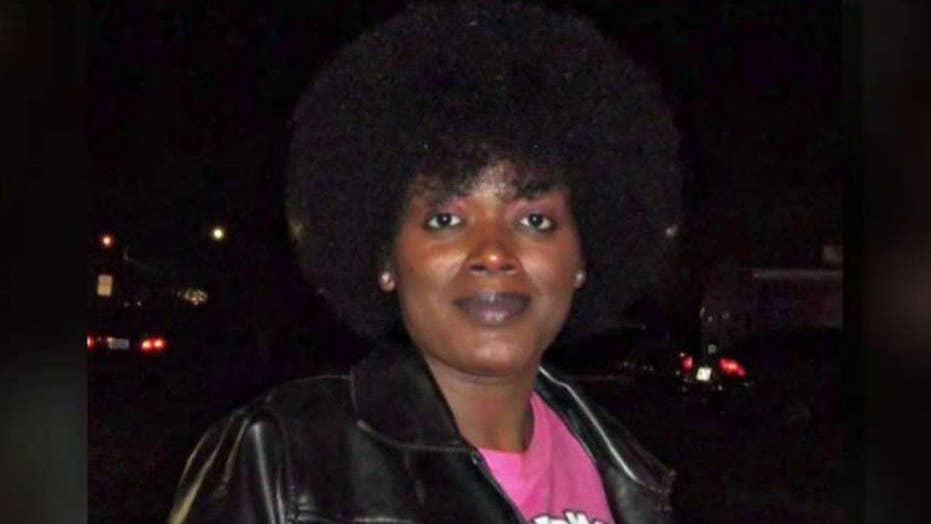 A Texas mom is being hailed a hero for shielding her son from bullets after she was struck in the leg during Thursday's deadly sniper attack at a peaceful protest rally in downtown Dallas.

Shetamia Taylor, 37, was attending the demonstration -- where people were protesting against the recent fatal police shootings of two black men -- when shots rang out, killing five police officers.

Taylor, who was there with her four sons, ages 12 to 17, was shot in the calf while shielding her 15-year-old son on the ground.

"She jumped on top to cover him on the ground as she pushed him in between two cars in the curb," Taylor's sister, Theresa Williams, told local station WFAA. "All she could think about was her other three boys — where are they at."

Taylor lay on the ground covering her son until police rescued the two. Taylor's three other sons had scattered during the shooting.

"She's not so much worried about the gunshot wound she has on her leg," Williams told WFAA. "We're watching the news in the hospital room, and all she can do is say, 'Lord, be with those families of those police officers.' And that's what she kept repeating."

Taylor was one of two civilians injured during the sniper attack that struck 10 Dallas officers, killing four police officers and one transit officer.

Taylor underwent surgery early Friday and is expected to make a full recovery.

The demonstration Thursday was meant to protest the recent deadly police shootings of Alton Sterling in Louisiana and Philando Castile in Minnesota.

Micah Johnson, 25, of Mesquite, Texas, a U.S. Army veteran who served in Afghanistan, was identified as the shooter. He was killed by a police-detonated bomb following a three-hour standoff.