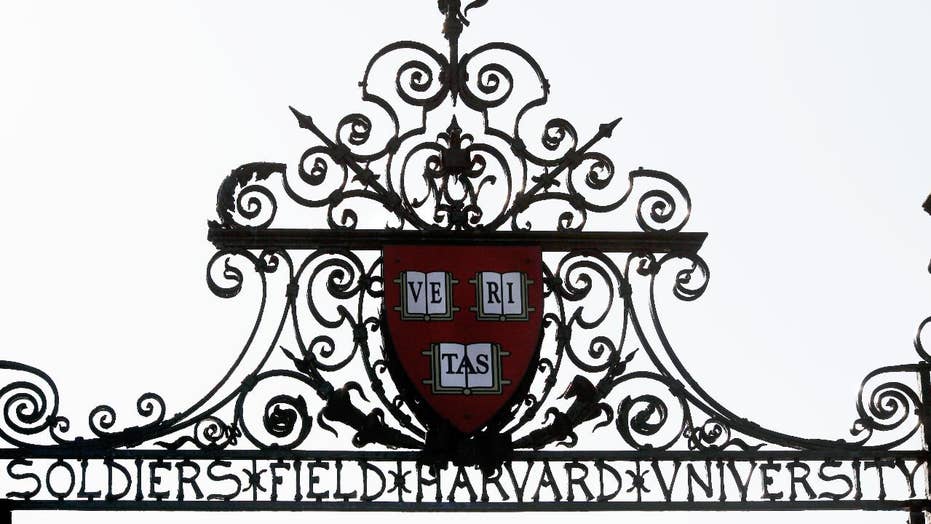 Inside the Asian discrimination lawsuit against Harvard

President of Students for Fair Admissions explains why they have filed suit against Harvard College for its admissions policies regarding Asian students. #Tucker

At the same time, the Department of Justice threw their weight behind the group Students for Fair Admissions, which is suing Harvard University for illegally discriminating against Asian-Americans in the admissions application.

IS HARVARD RACIST? IF YOU’RE ASIAN-AMERICAN, THEIR ADMISSION POLICIES JUST MIGHT BE

“It’s racial discrimination and it’s a quota. The quota today is against Asians, much like the quota back in the 1920s and 30s was against Jews,” Edward Blum, president of Students for Fair Admissions, said on Tucker Carlson Tonight. “You cannot remedy past discrimination with new discrimination, and that’s what colleges are doing.”

But the Boston-based school says it’s not changing course.

Harvard University is being sued for discrimination against Asian-Americans in its admissions process, while the school doubles down on its policy despite the Trump administration rescinding Obama-era admissions guidelines. (Reuters)

“Harvard will continue to vigorously defend its right, and that of all colleges and universities, to consider race as one factor among many in college admissions, which has been upheld by the Supreme Court for more than 40 years,” Harvard spokesperson Rachael Dane told Fox News.

According to the lawsuit against Harvard, Asian-Americans consistently rated lower on subjective categories such as “courage” as well as “lacking in personality” which decreased their chances of being accepted. But the school said its “comprehensive” analysis showed no discrimination.

Yale University is also choosing to “defy” the Trump administration, which could result in a loss of federal funding from the Department of Education or an investigation from the DOJ, according to the Yale Daily News.

Yale University is choosing to “defy” the Trump administration, which could result in a loss of federal funding from the Department of Education or an investigation from the DOJ, according to the Yale Daily News. (Reuters)

“Yale seeks to create a vibrant and varied academic community where our students interact with people of different backgrounds and points of view,” Thomas Conroy wrote in a statement to the Daily News. “Our admissions policies and practices reflect and support this goal.”

YALE BEING PROBED BY DOE, ACCUSED OF ‘TOXIC ENVIRONMENT AGAINST MEN’

The DOE’s Office of Civil Rights is already investigating Yale for discrimination against men, and the Asian American Coalition for Education has filed a complaint against Yale that has not been taken up.

EDITOR’S NOTE: This story has been updated to clarify the universities’ actions in relation to those of the Trump administration.