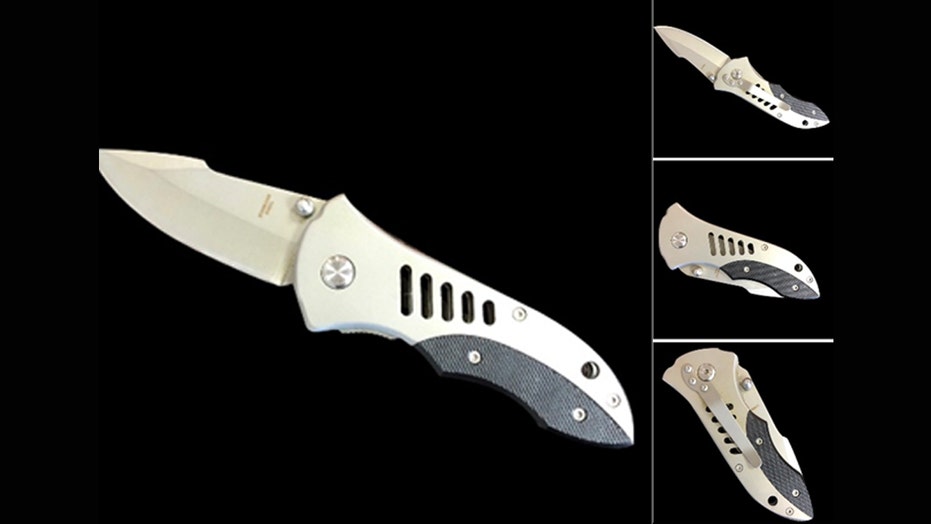 More than 1 million pocketknives have been recalled due to a "laceration hazard," safety officials announced Friday.

"Gordon Folding Knives" by Harbor Freight Tools were recalled after the company received at least seven reports "of the knife failing to lock" — resulting in at least six reports of laceration injuries, and at least four people needing medical attention.

People "should immediately stop using the recalled knives and return them to a Harbor Freight Tools store," the U.S. Consumer Producer Safety Commission detailed in a news release. Consumers who do so will receive a $5 gift card as a full refund.

Around 1.1 million Gordon Folding Knives, sold by Harbor Freight Tools from July 2008 until July 2019, have been recalled due to a "laceration hazard." (U.S. Consumer Producer Safety Commission)

Made of stainless steel, the pocketknives have black metal on the handle with "five cutouts on each side of the handle." They are about 3 inches long and include a silver metal belt attached to the handle. One side of the knife has "China" printed on it, while the other side reads "Stainless Steel," officials said.

The knives were sold for roughly $5 online and at the tool store from July 2008 through July 2019, officials said. The California-based company has more than 1,000 stores across the U.S. and sells "great quality tools at the lowest prices," according to the store's website.