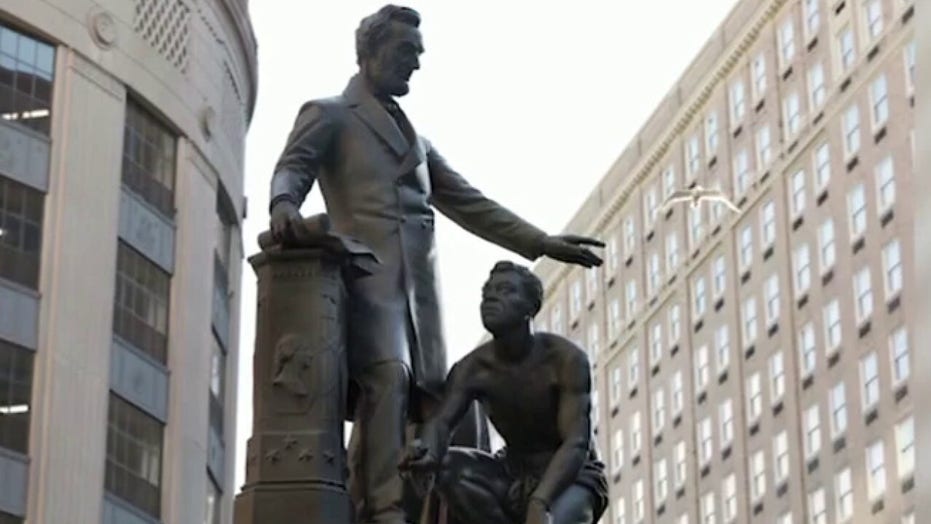 Gov. Roy Cooper has long advocated for the removal of such statues around Raleigh and has said that now is the time to finally act.

“If the legislature had repealed their 2015 law that puts up legal roadblocks to removal we could have avoided the dangerous incidents of last night,” Cooper said Friday.

“Monuments to white supremacy don’t belong in places of allegiance, and it’s past time that these painful memorials be moved in a legal, safe way.”

Protesters drag a figure pulled from the Confederate monument at the State Capitol down Salisbury Street in Raleigh, N.C., on Juneteenth, Friday, June 19, 2020. (Travis Long/The News & Observer via AP)

The 2015 law Cooper referred to bars removal of the memorials without permission of a state historical commission, but Cooper, a Democrat, said the law creates an exception for public safety emergencies.

Various other Confederate statues across the South have been vandalized or torn down following the death of George Floyd while in police custody.

Police had thwarted an earlier attempt to topple the statues, but protesters eventually succeeded in mounting the display and removing the statues. The removed statues were of Henry Wyatt, the first North Carolinian killed in battle in the Civil War, and a statue dedicated to the women of the Confederacy.

Protesters then dragged the statues through the streets and hung one of them from a lamppost by the neck.

Protesters hang a figure pulled from the Confederate monument at the State Capitol at the intersection of Salisbury and Hargett Streets in Raleigh, N.C., on Juneteenth, Friday, June 19, 2020. (Travis Long/The News & Observer via AP)

The statues were part of a larger display, and Cooper said on Saturday that the remaining statues in the display would be removed as well.