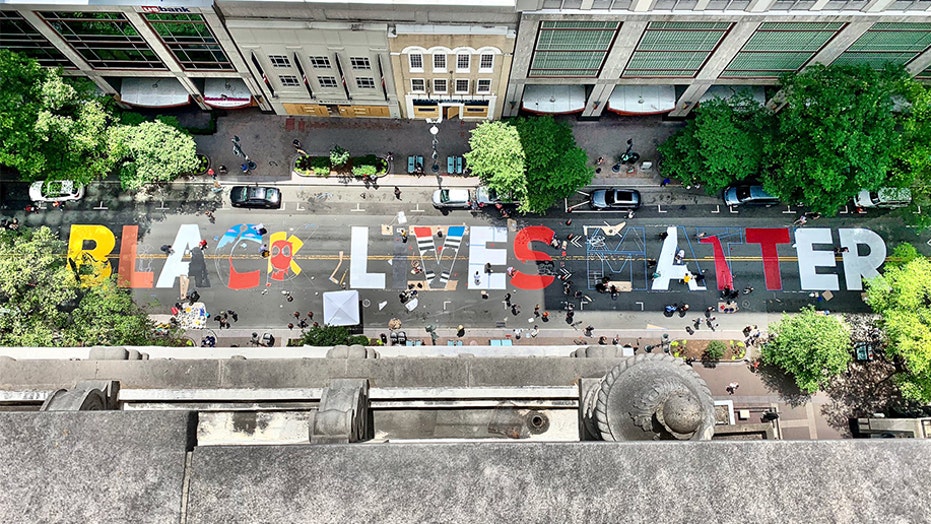 Sources say the reforms would be a combination of executive and legislative action; chief White House correspondent John Roberts reports.

Charlotte is adding its own “Black Lives Matter” street mural this week, a move inspired by a massive painting of those words in the nation’s capital on a street leading up to the White House, according to local reports.

Washington, D.C., authorities approved their version last week in response to protests against the death of George Floyd, who died in police custody on May 25 after a Minneapolis police officer was seen on video kneeling on his neck for more than eight minutes.

On Tuesday, artists in Charlotte began their own installation – with help from the city government and local groups.

Charlotte’s Department of Transportation announced that South Tryon Street would be closed for most of Tuesday while the project was underway.

Volunteers with Charlotte is Creative, Brand the Moth and BLKMRKTCLT began work Tuesday morning, according to Fox 46.

Prosecutors in Minneapolis have charged four ex-officers in connection with Floyd’s death. They were all fired from the city’s police department on May 26, a day after he died.

Charlotte is adding its own “Black Lives Matter” street mural this week, a move inspired by a massive painting of those words in the nation’s capital on a street leading up to the White House. (Courtesy of the office of Congresswoman Alma S. Adams) ​​<br>

The incident prompted a number of protests around the country – some of which led to rioting and looting.

In Washington, D.C., protesters added “Defund the police” to the end of the “Black Lives Matter” mural over the weekend, and city authorities told Fox 5 that they would let it remain in place. Critics of law enforcement have called for slashing police budgets in response to Floyd’s death.

Calls to defund or dismantle police forces around the country range vary from demanding major changes to how police force are organized to reallocating some of the funds spent on police budgets.