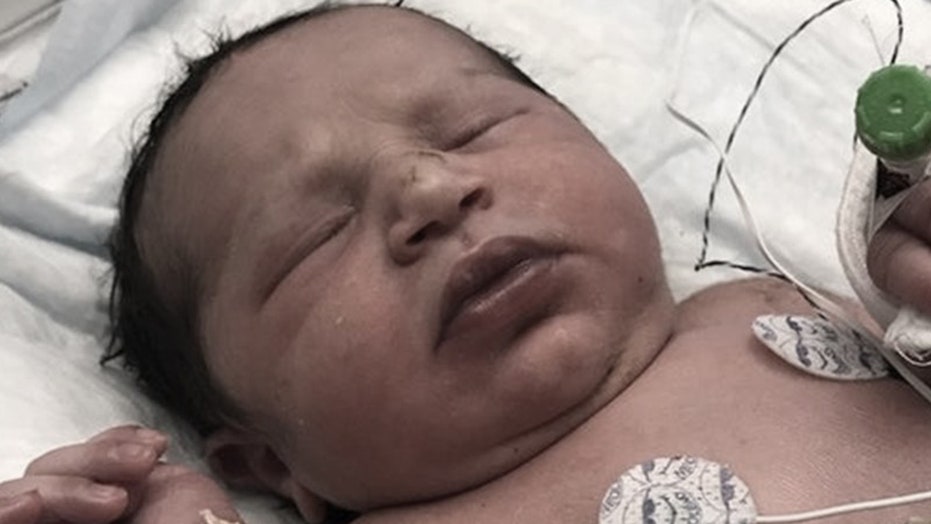 Authorities in Georgia are searching for the mother of a newborn baby who was found alive in a plastic bag last week.

NEWBORN FOUND ABANDONED ATOP TRASH CAN IN CHICAGO ALLEY: OFFICIALS

First responders immediately provided the baby with first aid, and she was taken to the hospital, where she was found to be in good condition, Forsyth County Sheriff Ron Freeman told reporters on Friday.

"It is without doubt a divine intervention this child was found. Had it not been for those observant folks who are our citizens who called 911, we would be having a much different conversation today," Freeman said.

ONSTAR ALERT LEADS TO RESCUE OF FLORIDA BABY FROM HOT CAR AFTER MOM PASSES OUT INSIDE: DEPUTIES

"Georgia Safe Haven Law allows a mother up to 30 days after the birth of an infant to drop that infant off at a hospital, a fire station, a police station, a sheriff's station," he said. "As long as they turn it over to a person, a live human being, they cannot be charged with abandonment, cruelty to children. It is a way to make sure that a child like this is safely cared for."

Investigators are asking the public to share any knowledge of a woman in the late stages of pregnancy who may have given birth to the baby, who is currently in the custody of the Georgia Divison of Family and Children's Services.

Anyone with information on the situation or the whereabouts of the baby's mother is urged to contact the Forsyth County Sheriff's Office at 770-781-3087 or contact their anonymous tip line at 770-888-7308.