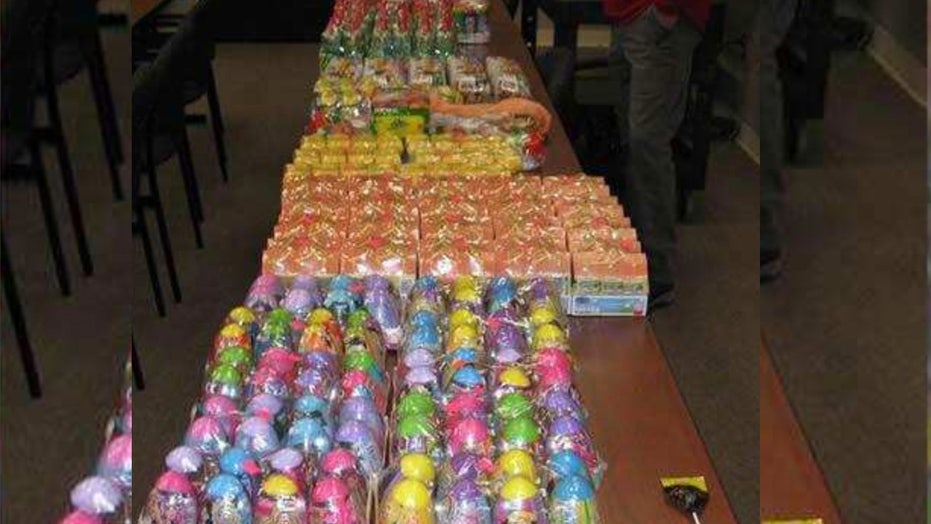 A Georgia man was sentenced Tuesday to 151 months in prison for illegally transporting methamphetamine and heroin inside children’s candy, prosecutors said.

A Georgia man was sentenced to prison Tuesday for attempting to smuggle meth and heroin disguised as children's candy. (U.S. Immigration and Customs Enforcement)

Authorities said McKinney traveled to Brandon, Miss., from Atlanta in April 2018 to receive a drug shipment from Mexico. The drugs were hidden in shrink-wrapped, bulk-packaged children’s candy.

McKinney was supposed to take the drugs back to Atlanta for delivery to his co-conspirator, Evelyn Michelle Hernandez.

Unbeknownst to him, agents with ICE’s Homeland Security Investigations (HIS) had already intercepted the delivery and swapped the meth and heroin with a “false substance” inside the children’s candy packaging, ICE said.

He was arrested shortly after leaving Mississippi on his return trip.

“This criminal endangered not just our citizens but our children, stooping so low as to disguise this poison as candy just so he could make a quick buck, caring not that it would cause damage, destruction and death in our communities. Because of the great work of our federal, state and local law enforcement, as well as our prosecutors, this criminal will not be peddling these toxins to our kids or anyone else anymore,” said U.S. Attorney Mike Hurst.

McKinley was charged in a federal indictment and pled guilty in November.  His 151-month prison sentence will be followed by five years of supervised release, ICE said.