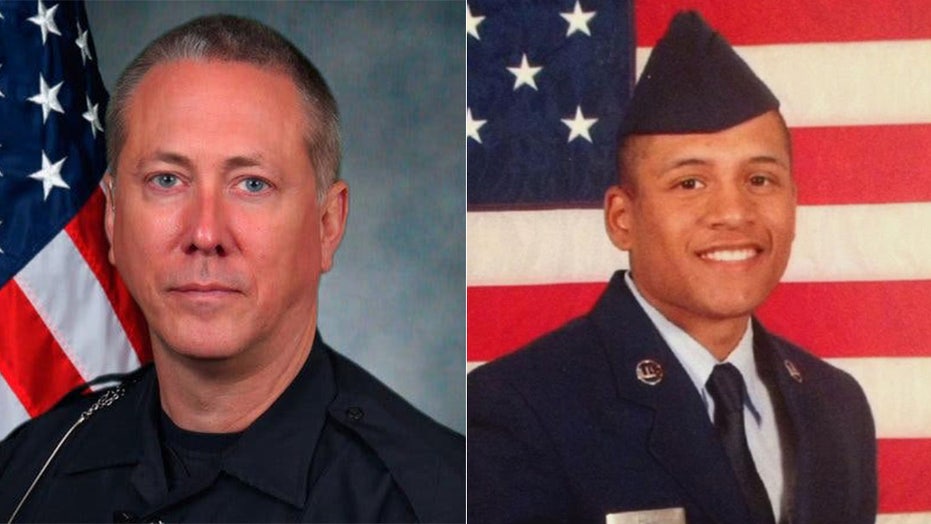 A former Georgia police officer who fatally shot an Afghanistan war veteran was sentenced to 12 years in prison on Friday.

Robert Olsen, who is white, fatally shot Anthony Hill, who was black, naked and unarmed, back in 2015 as he was responding to multiple 911 calls outside of an apartment complex. Olsen was found not guilty of felony murder but guilty of aggravated assault, two counts of violation of oath and making a false statement. He faced up to 35 years in prison but was sentenced to 20 years, 12 of them behind bars and eight on probation. Judge Latisha Jackson also banned Olsen from a future career in law enforcement and owning any weapons.

Investigators said Hill, 26, suffered from PTSD and bipolar disorder. He had served in the U.S. Air Force. Olsen, 56, had been a police officer for seven years when he responded to calls by residents that Hill was undressed and acting bizarrely. Defense lawyers said Hill ran toward Olsen and did not stop after Olsen told him to do so. They argued Olsen was acting in self-defense.

Prosecutors said Olsen used excessive force, and should have used his stun gun or baton.