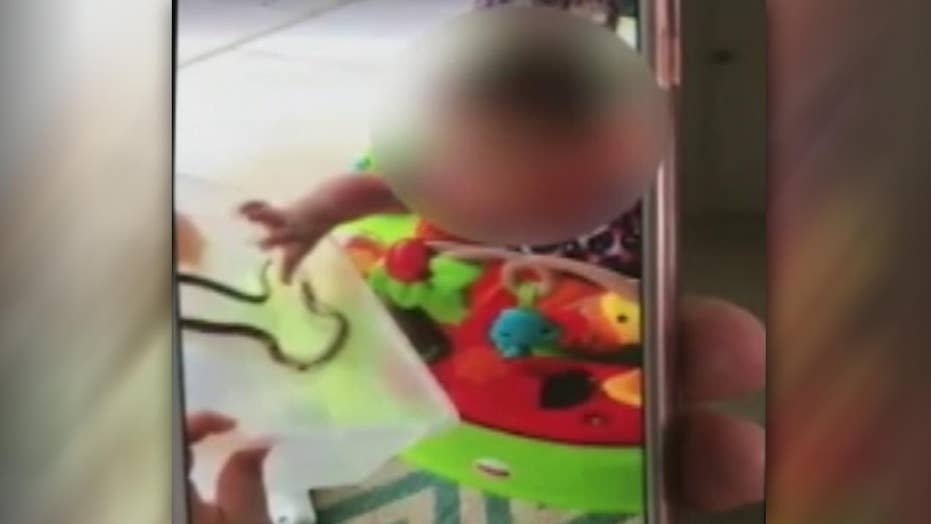 SEBRING, Fla. – A Highlands County woman could be charged with a felony after investigators say she allowed a toddler to be bitten by a small snake as a lesson, then posted the video to Facebook.

The sheriff’s office released the video Tuesday.  They say it shows Chartelle St. Laurent presenting a Tupperware container to a 1-year-old girl, whom they did not name, at her Sebring home.  Inside the container is a 14-inch red rat snake, which strikes at the reaching girl.

As the girl starts crying, a female voice in the background – identified by detectives as St. Laurent – starts to laugh.

According to the charging affidavit, St. Laurent told deputies that she had grown up interacting with snakes and reptiles “of all sorts” with her father, and admitted that she allowed the girl to be bitten to teach her a lesson.

“As she has observed poisonous snakes, including coral snakes, at the property before, Chartelle St. Laurent elected to take the opportunity of finding the juvenile non-poisonous red rat snake to expose [the girl] to,” the report stated.

St. Laurent claimed that she allowed herself to be bitten by the snake first in order to “ensure no injury would be caused” to the girl.  Indeed, the report noted that there were “no marks or injury” to the toddler.

“St. Laurent said that the interaction…had the desired effect and even though the snake was soon tame enough to be held, [the girl] no longer wished to touch it,” the report continues.

The 34-year-old went on to explain that the laughing heard in the video was simply out of surprise to the child’s reaction to the snake.