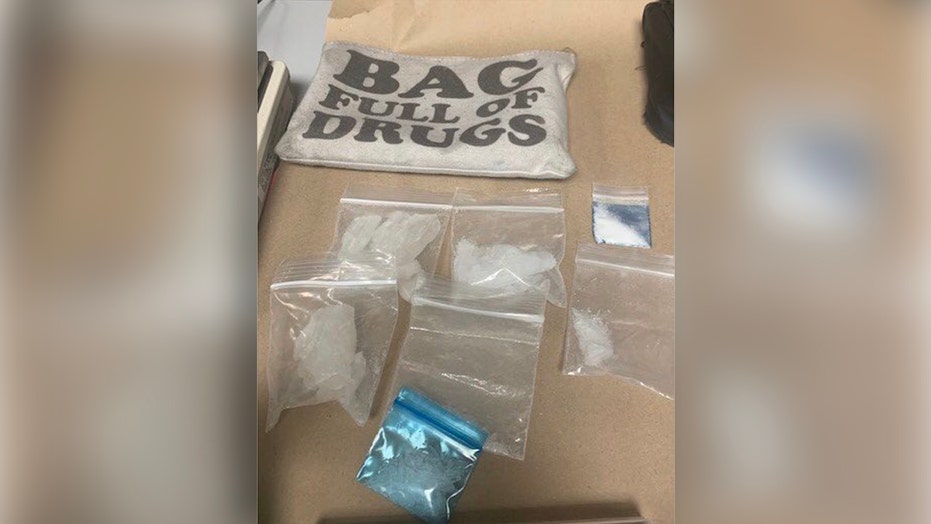 Finding a bag marked “Bag Full of Drugs” in big block-lettering was a dead giveaway for Florida troopers after they pulled over a vehicle for speeding.

They unzipped the bag and found plastic baggies with meth, the date rape drug GHB, cocaine, ecstasy and fentanyl, according to the Florida Highway Patrol.

Florida troopers found drugs in a bag marked "Bag Full of Drugs" after pulling over a vehicle for speeding on I-10 Saturday. (Florida Highway Patrol)

“A traffic stop for unlawful speed on I-10 yesterday bagged two drug traffickers and their not so inconspicuous drug paraphernalia,” FHP tweeted Sunday.

The vehicle was pulled over in Santa Rosa County.

The Santa Rosa Sheriff’s Office reports that their K-9s also assisted the troopers in the arrests.

“Note to self- do not traffic your illegal narcotics in bags labeled 'Bag Full Of Drugs,'” the sheriff’s office said.