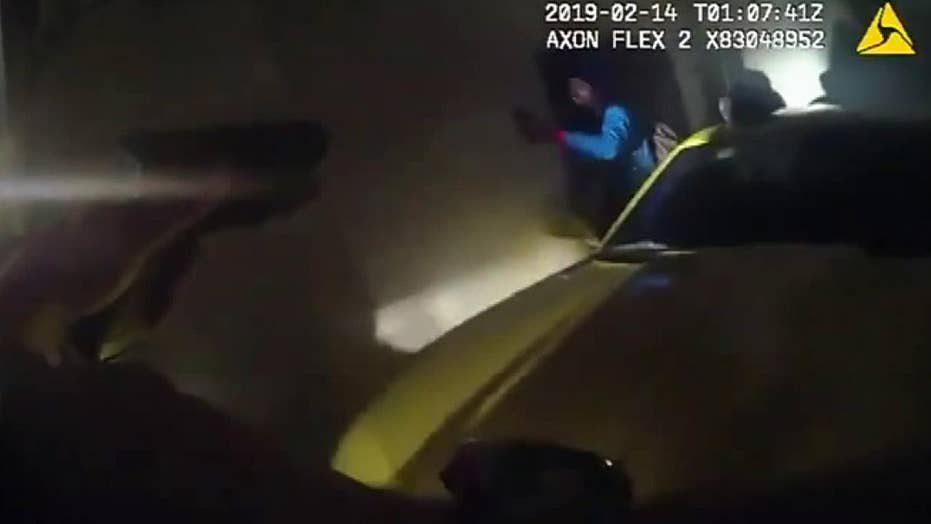 A 23-year-old domestic violence suspect in Florida, who was armed with a gun and live-streaming the incident on Instagram, was shot at last week after he opened fire first at officers, according to police.

"After talking with the deputies involved and reviewing the bodycam footage, the suspect clearly shot at our officers one time," Orange County Sheriff John Mina told reporters. "The officers returned fire."

Officers had been called to the home after a neighbor called 911 to report a domestic violence incident between Gray and his wife, according to an arrest affidavit obtained by FOX35.

The neighbor had told deputies that Gray's wife jumped into his car asking for help before the suspect opened the car door, dragged her out by her hair, and implied to the driver that he had a gun, according to the arrest report.

Video released by the sheriff's office shows that when deputies arrived and ordered Gray to put both hands up in the air as he was holding a phone in his left hand and live-streaming the encounter on Instagram.

When Gray finally lifted his left hand, the video shows Gray holding onto a silver pistol with his right hand, pointing it at deputies and firing off a round. Three deputies then fired at Gray, but no one was struck during the gun battle.

Deputies used a K-9 to eventually get Gray into custody. He is now charged with four counts of attempted murder on a law enforcement officer, domestic violence, and burglary. He is currently being held at the Orange County Jail without bond.