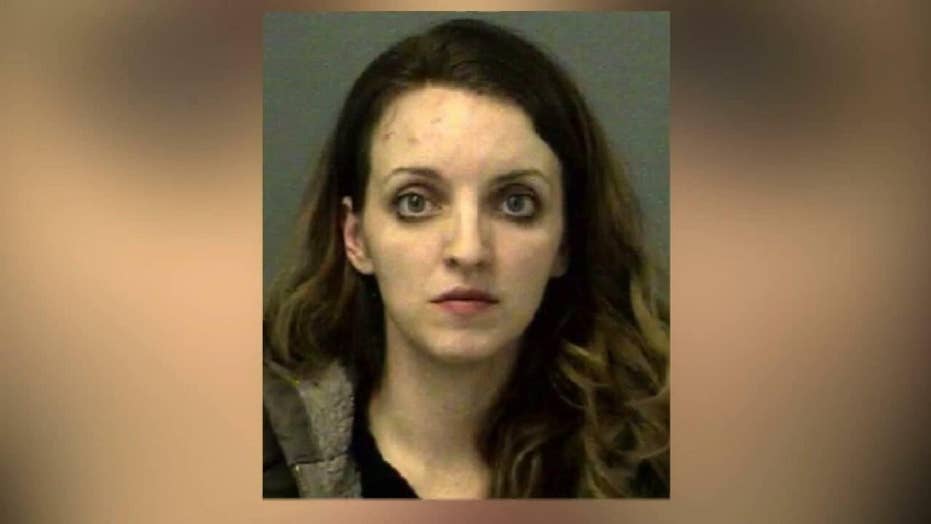 The 25-year-old woman was speeding over 100 mph on Interstate 5, was restrained by a passing tow truck driver.

A California Highway Patrol officer was stabbed in the back on Friday after pulling over a woman who had been traveling over 100 mph on Interstate 5, officials said.

Haile Neil, 25, is facing attempted murder charges after stabbing the officer during the traffic stop near the town of Williams, located about 60 miles northwest of Sacramento.

The officer had noticed the vehicle speeding along Interstate 5 over 100 mph and then initiated a traffic stop, police told FOX40.

After pulling over the vehicle, the officer suspected Neil was impaired. When the 25-year-old was asked to get out of her vehicle so the officer could conduct a field sobriety test, she pulled out a concealed knife and stabbed the officer in the back.

Watch a suspected drunk driver’s car climb a dividing wall on a highway and knock down light poles, causing debris to shower down on six other cars.

A tow truck driver who happened to be passing by the area saw the incident and helped the injured officer to restrain Neil, according to police.

Interstate 5 commuter Melanie Hall told FOX40 the whole incident was "crazy" since things are generally quiet in the area.

"It’s pretty unbelievable that people would just have enough nerve to jump on top of a police officer and stab him in the back," Hall told the television station. "She had to not have been all there."

In addition to the attempted murder charge, Neil was also charged with being under the influence of a controlled substance, FOX40 reported. The officer from the CHP's Williams office was taken to the hospital with non-life threatening injuries and has since been released.