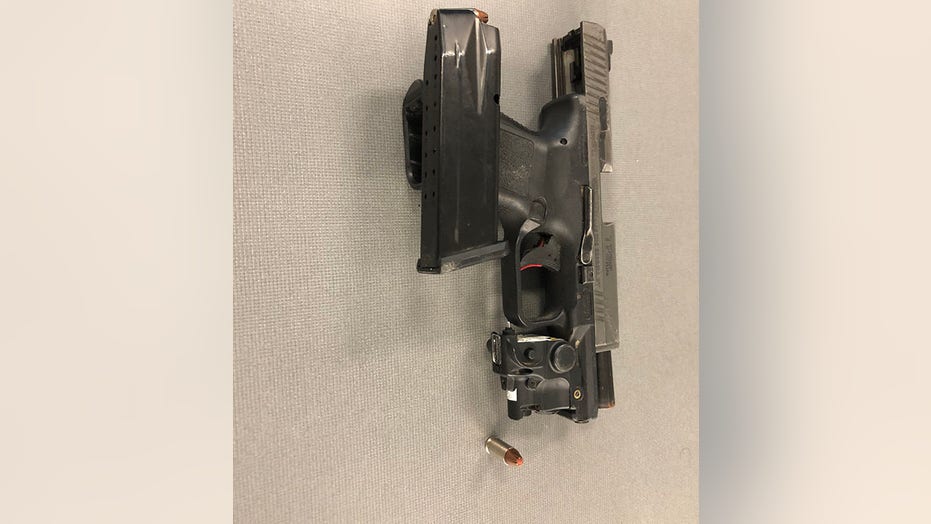 A Florida man with a loaded gun was arrested at a demonstration Wednesday after throwing a projectile at a police chief, authorities said.

The incident unfolded after police asked a group of protesters to stay on the sidewalk near First Avenue North in St. Petersburg to open the road to traffic, the St. Petersburg Police Department said.

A demonstrator then threw “a projectile” at Police Chief Anthony Holloway and a major. Police did not say what type of object was thrown.

When officers took the suspect into custody, a loaded pistol was discovered in his waistband, police said. The department tweeted a photo of the pistol, a loaded magazine and a single bullet placed on the table.

It marked the latest incident to occur during peaceful protesting in St. Petersburg.

Police arrested nearly two dozen protesters Tuesday night after some demonstrators were setting off large incendiary devices as they were walking.

One protester, whom police identified as 26-year-old Omar Scott, was discovered with a backpack full of “mortar” fireworks.

He was charged with three counts of aggravated assault on a law enforcement officer, inciting a riot and resisting an officer without violence.

A day earlier, three people were arrested after police said they found items used to make “Molotov Cocktails,” including a gasoline container, glass bottles, bricks, a bag of large rocks and a metal pipe, inside a van connected to the demonstrators.