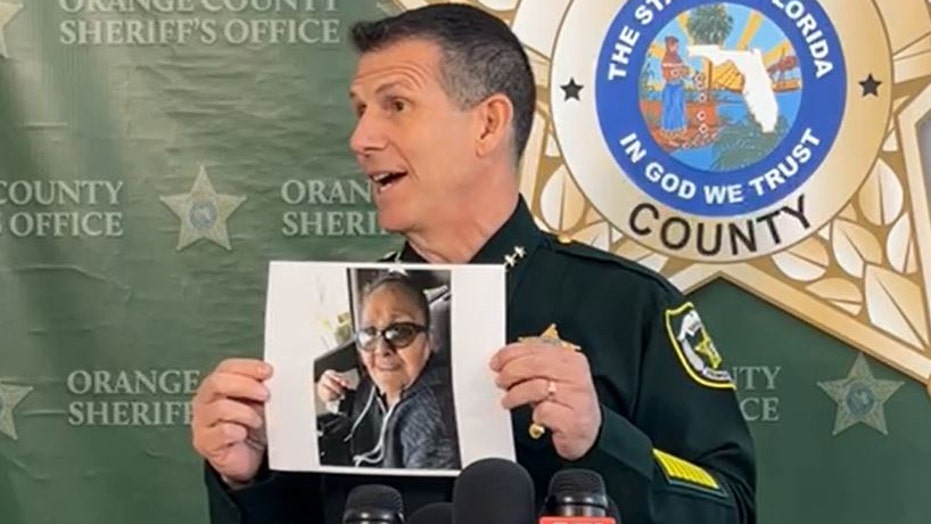 A Florida man is accused of killing his girlfriend's mother at a retirement facility Sunday on her 93rd birthday, according to authorities.

"This is a tragic and heinous case, and our thoughts are with her family and her loved ones," Orange County Sheriff John Mina said during a Thursday news conference.

Javier Rosado Martínez, 54, was arrested Wednesday on a first-degree murder charge in the death of Dolores Padilla Marrero, whose body was found Monday at St. Joseph Garden Courts, a retirement community about 10 miles east of downtown Orlando.

Family members described Padilla Marrero as a devout Catholic who was always willing to help others, Mina said. She leaves behind four children, 11 grandchildren, and 21 great-grandchildren.

"Sunday was Dolores's 93rd birthday, and unfortunately late that evening she was brutally murdered by someone she knew, someone she had gone out of her way to help," Mina added. "And that person was 54-year-old Javier Rosado Martínez."

On Sunday, a resident at the retirement community noticed a man, later identified as Martínez, attempting to gain access to the facility via a keypad. The resident said they let the man in and later that night, a neighbor heard a male voice asking to be allowed inside the victim's residence, an arrest warrant stated, according to the Orlando Sentinel.

Martínez had arrived at the facility after getting into a fight with his on-again, off-again girlfriend who thought he was on drugs at the time, said Homicide Sgt. Joe Covelli during the news conference.

Family members said they dropped Padilla Marrero off at the facility at 8 p.m., on Sunday and did a well-being check Monday after she failed to answer her phone.

When they entered the residence, they found the victim laying naked on the bed with her torso covered by a blanket and her face covered with a pillow, authorities said.

During an investigation, authorities said a horn necklace that Martínez usually wears was found wrapped in a shirt next to Padilla Marrero's dead body.

Martínez was later apprehended at a residence in Casselberry, Florida, where authorities said they found items linking him to homicide, including the necklace and keys to the victim's residence.

While Martínez did not confess to killing Padilla Marrero, he told authorities he was on drugs and "blacked out" during the incident, Covelli said.

Martínez and his girlfriend lived at the retirement facility with Padilla Marrero until January when Martinez had an argument with another resident, the Orlando Sentinel reported. After the argument, the resident wrote a letter to Padilla Marrero warning that Martinez couldn't stay there anymore, Covelli added.

Covelli noted that Padilla Marrero would typically offer her children a place to stay for a week or two.

"Horrific crime to be 93 years old, to go your whole life and this is how it ends," he said.

Martínez is being held in the Orange County Jail with no bond.