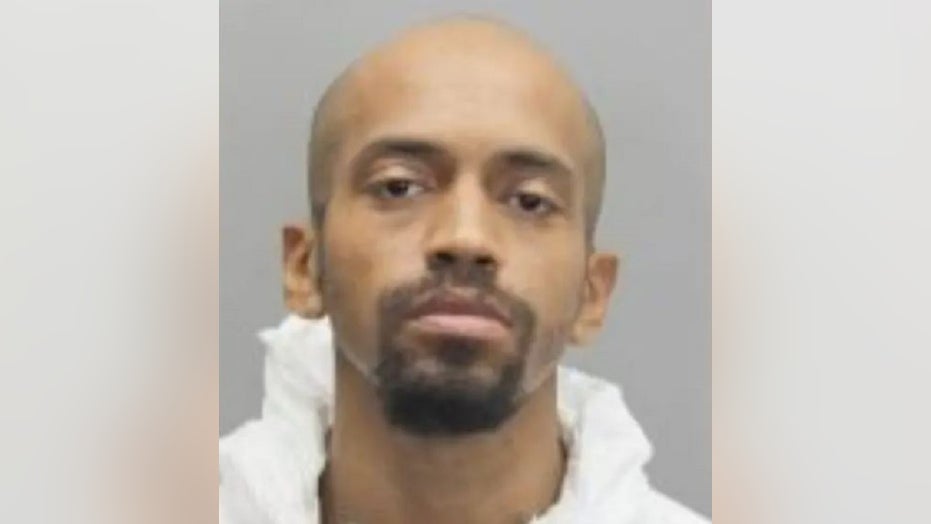 The suspected killer accused of targeting homeless men in Washington D.C., and New York City was identified Tuesday, hours after he was arrested amid a manhunt by multiple law enforcement agencies.

Gerald Brevard III, 30, a D.C. resident, was taken into custody in Washington around 2:30 a.m. after the Metropolitan Police Department received an anonymous tip that provided a possible identity of the suspect, Chief Robert Contee III said.

"Based on all the evidence we've pulled together in this case, the video evidence, the images that we've seen, I am very confident that this is the person," he said Tuesday.

Gerald Brevard III was arrested Tuesday in connection with three shootings, including one death, of homeless people in Washington D.C. He is also suspected of shooting one homeless person in New York City and killing another.  (Fairfax County Police)

Brevard is charged with first-degree murder while armed for the shooting and stabbing death of 54-year-old Morgan Holmes, assault with intent to kill and assault with a dangerous weapon. More charges for his alleged crimes in New York are anticipated.

After receiving the tip, investigators said Brevard posted an image on social media that appeared to show him in Washington D.C., Contee said. Authorities unsuccessfully tried locating him and an image of him at an ATM was released Monday evening during a joint news conference with New York City officials in which they urges the homeless in both cities to seek shelter.

Surveillance video obtained by Fox DC showed Brevard being arrested at a gas station by agents with the Washington Field Division of the Bureau of Alcohol, Tobacco, Firearms and Explosives (ATF).

"I knew that if he was in D.C. with that image, he would be found," Mayor Muriel Bowser said.

Authorities noted that Brevard was arrested in the early morning hours, around the same time when the victims were shot.

He has not offered a motive for the crimes, Contee said and investigators believe the shootings and killings were committed randomly. Between both cities, five homeless people were shot, including two who died.

Authorities in New York City and Washington D.C., are looking for a suspect believed to be involved in the shooting and killing of homeless peope in both cities in recent weeks.   (MPD)

Investigators have not recovered the weapon associated with the crimes, Contee said. In a separate news briefing on Tuesday, NYPD Commissioner Keechant L. Sewell said the response to Monday's plead for help from the public was "extraordinary."

"The tips we received through Crime Stoppers and other outlets led us directly to contacts, movements, locations and a name," she said.

Holmes was found dead on March 9 after firefighters extinguished a tent fire. He had multiple stab and gunshot wounds, the MPD said. Ballistics evidence linked all five shootings to one weapon, authorities said.

Brevard allegedly shot one homeless person and killed another in separate incidents in New York on Saturday.

"I send my condolences to the family and friends of the victims," Contee said. "We hope that Brevard's arrest provides a sense of closure for you, but also relief for our vulnerable homeless population.

These images taken from surveillance video and provided by the New York Police Department show a man suspected of shooting two homeless people on Saturday, March 12, 2022, in New York. A search is underway for the gunman who has been stalking and shooting homeless men sleeping on the streets of Washington, D.C., and New York City. Authorities say the gunman killed two people and wounded three more in less than two weeks. (New York Police Department via AP)

The cases were forensically connected after MPD Capt. Kevin Kentish of the homicide unit was scrolling through social media over the weekend and saw an image of the suspect released by the NYPD in connection with the shootings in New York, MPD Chief Robert Contee III said.

Kentish, a native of Queens, New York, reviewed the image with his team, who were investigating the March 8 murder of Holmes. The cases were connected afterward, the chief said.

Brevard has previous arrests in Washington for allegedly assaulting a police officer in 2018 and assault with a dangerous weapon, Contee said. He has arrests in D.C. dating back to 2016, he said.

In Fairfax County, he was arrested in 2020 on abduction and burglary charges, FOX D.C. reported.

He was enrolled in mental health services and was treated in 2019 for a competency assessment, said D.C.'s Department of Behavioral Health, Barbara Bazron. He was found to be competent to participate in his own defense and released back to jail, she said.

He has not been linked to any other shootings.