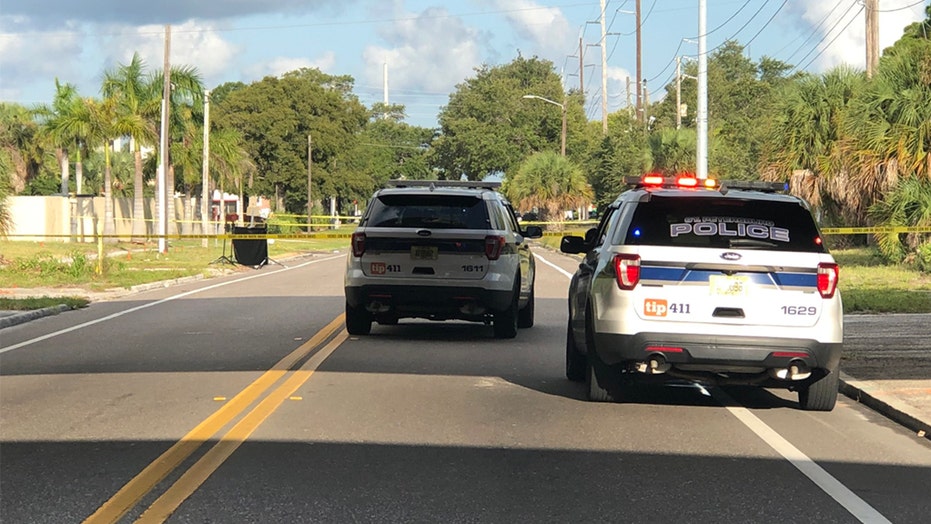 A Florida woman discovered a human head while out for a jog Tuesday morning, according to police.

The female jogger made the gruesome discovery in a St. Petersburg neighborhood shortly before reporting it to police around 7 a.m., police said in a news release.

Authorities closed off the area while investigating the scene.  (St. Petersburg Police Department)

Homicide detectives arrived on the scene near the intersection of 38th Ave. and 31st St. S, the release said. The remains were in a grassy area between the sidewalk and the edge of the road, just west of an interstate overpass, The Tampa Bay Times reported.

Investigators said the victim likely didn’t die there and that the head ended up there within the past two days, Fox 13 reported. Investigators could not identify the victim’s race or gender because the head was so badly decomposed.

BOY, 15, SURVIVES 30-HOUR ORDEAL IN SIERRA WILDERNESS AFTER RUNNING FROM GUNMAN WHO KILLED HIS DAD

The jogger told police she did not see anything when she passed by the area during a run on Sunday.

"She did not jog here yesterday but she did Sunday, and it was not here on Sunday," Fernandez said. "So, we're asking anyone from the public who may have seen it yesterday or seen something suspicious to let us know."

Authorities were continuing to investigate, and the head was set to be turned over to the medical examiner.