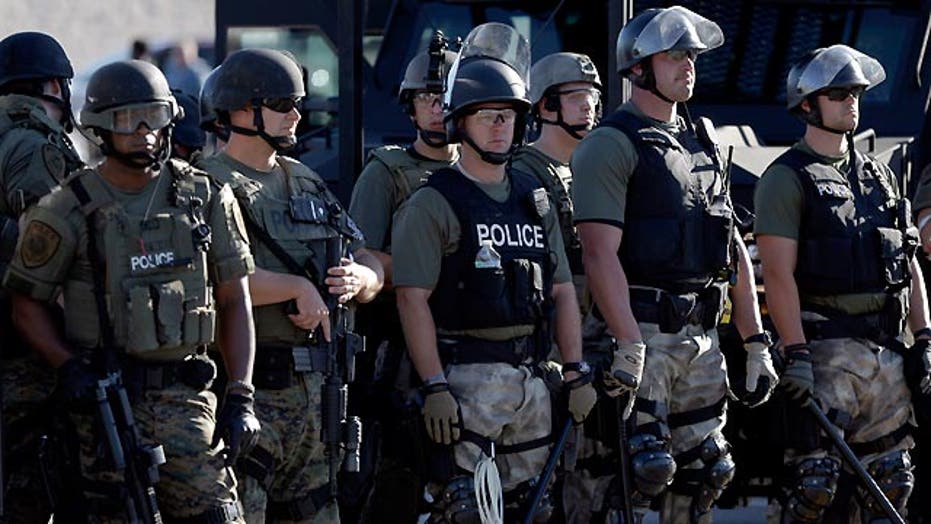 What lessons can be learned from police controversies?

Police officers in Ferguson, Mo., which became a flashpoint for protests following the fatal shooting of a black teenager by a white police officer just over three weeks ago, have begun using body cameras.

Jackson said that the cameras were being assigned to the city's police squads and each officer would get one to use. Representatives from the two companies had visited the police department earlier Saturday to train officers on how to use the cameras.

"They are really enjoying them," Jackson said. "They are trying to get used to using them."

Support for officers wearing outward-facing cameras has increased since the August 9 shooting death of 18-year-old Michael Brown by Ferguson Police Officer Darren Wilson. Last week, Sen. Claire McCaskill, D-Mo., suggested that police departments should require officers to wear body cameras in order to receive federal funding. McCaskill, like other supporters of the cameras, said that footage could help determine whether an officer was being wrongfully accused of misconduct by a civilian.

"Everywhere I go people now have cameras,” McCaskill said. "And police officers are now at a disadvantage, because someone can tape the last part of an encounter and not tape the first part of the encounter. And it gives the impression that the police officer has overreacted when they haven't."

However, some law enforcement leaders and civil liberties advocates say that the lack of clear guidelines on the cameras' use could potentially undermine departments' goals of creating greater accountability of officers and jeopardize the privacy of both the public and law enforcement officers.