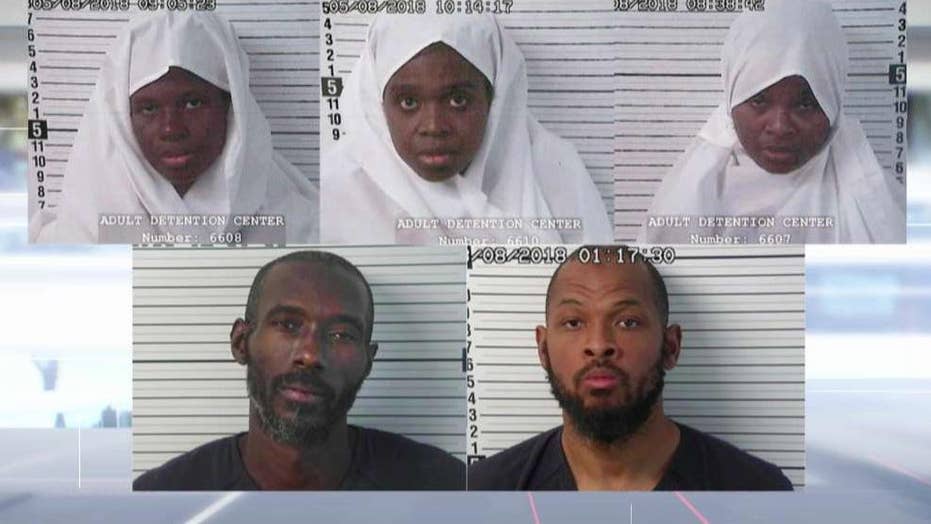 Five residents of a makeshift compound where a child died have been charged with terror, kidnapping and firearms offenses; Alicia Acuna reports on the details.

The residents of a makeshift New Mexico compound -- where 11 emaciated children were found during an August raid -- were charged by federal authorities Wednesday with terror, kidnapping and firearms offenses.

“The indictment alleges that the defendants conspired to provide material support in preparation for violent attacks against federal law enforcement officers and members of the military,” Assistant Attorney General John C. Demers for the Department of Justice's National Security Division said.

Jany Leveille, 36, Siraj Ibn Wahhaj, 40, Hurjah Wahhaj, 38, Subhanah Wahhaj, 36, and Lucas Morton, 41, were charged “with federal offenses related to terrorism, kidnapping and firearms violations,” the Department of Justice said in a press release. In the original indictment, Leveille was also charged with "possessing firearms and ammunition as an alien illegally and unlawfully in the United States." 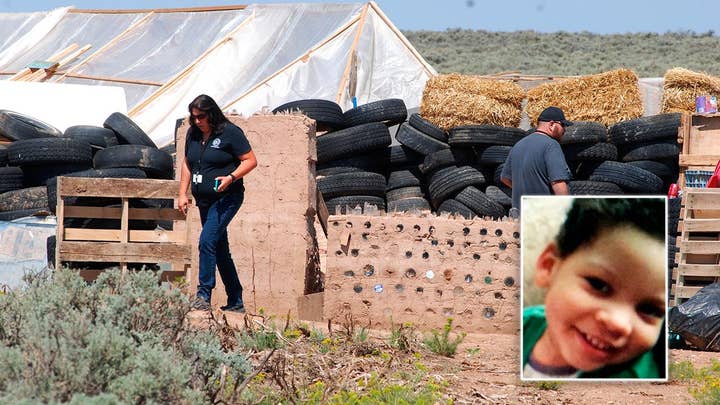 The suspects were previously charged by indictment on Sept. 11 “with a conspiracy relating to the possession of firearms and ammunition by an alien illegally and unlawfully in the United States,” the DOJ said.

“The superseding indictment alleges a conspiracy to stage deadly attacks on American soil,” U.S. Attorney John C. Anderson said in a statement.  “These allegations remind us of the dangers of terrorism that continue to confront our nation, and the allegation concerning the death of a young child only underscores the importance of prompt and effective intervention by law enforcement. I commend our law enforcement partners for their ongoing diligence and outstanding work in identifying and disabling imminent threats of targeted violence.”

The five suspects were arrested by authorities after an Aug. 3 raid following a monthslong inquiry into the disappearance of Abdul-ghani Wahhaj, 3. The boy, who had severe medical issues, disappeared from Georgia in December. The occupants of the compound were "most likely heavily armed and considered extremist of the Muslim belief," an official said at the time.

Taos County Sheriff's deputies discovered 11 children at the compound, who were taken into the custody of state child welfare workers. On Aug. 6, a child’s remains were found inside an underground tunnel at the compound. Siraj Ibn Wahhaj was allegedly training children to commit school shootings, according to prosecutors, who later alleged that the juveniles were taught how to use firearms, as well as tactical techniques, in order to kill teachers, law enforcement and other institutions they found corrupt.

The defendants allegedly conspired to "provide material support in preparation for violent attacks against officers and employees" of the U.S. Siraj Ibn Wahhaj and Hujrah Wahhaj "gathered firearms and ammunition" and transported people across state lines "and constructed a training compound where they stored firearms and ammunition." Leveille and Morton were accused of trying to recruit others. 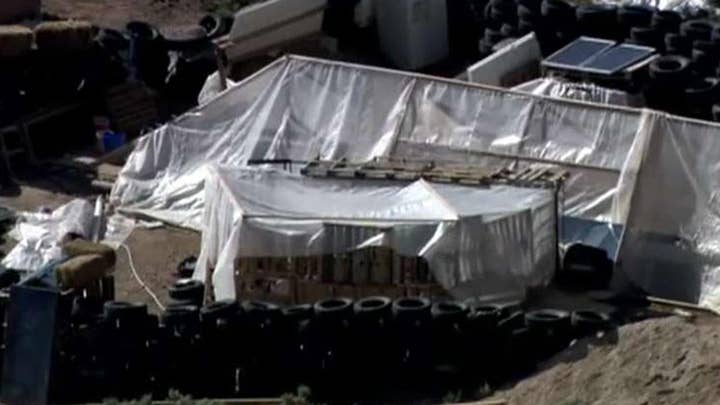 The superseding indictment charged Leveille, Hurjah Wahhaj, Subhanah Wahhaj and Morton with "kidnapping and conspiracy to commit kidnapping." They allegedly kidnapped a child under the age of 18 in Georgia and took him to New Mexico "where they concealed and held the child, resulting in the child's death," the press release stated.

Leveille, Siraj Ibn Wahhaj and Morton were charged with "conspiring to attack and kill officers and employees of the United States," the statement read.

“The defendants in this case allegedly were preparing for deadly attacks and their targets included law enforcement and military personnel, the very people who are committed to protecting all of us,” said Assistant Director Michael McGarrity.  “We will continue to work with our law enforcement partners to uncover and put a stop to acts of terrorism.”

The suspects are in custody awaiting trial.