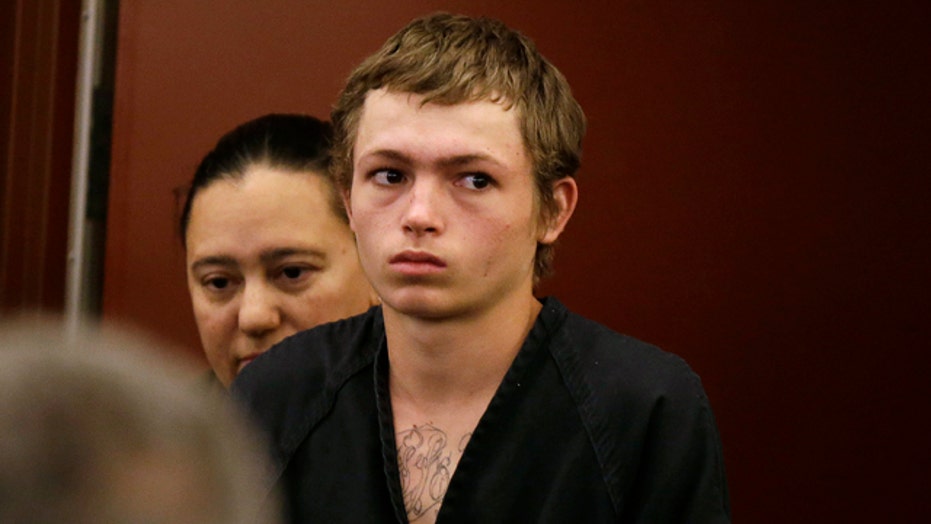 LAS VEGAS – Defense attorneys for a 19-year-old man accused of killing a Las Vegas mother of four after a car chase in their neighborhood said Monday that the case has been mischaracterized as road rage.

But lawyers and brothers Conrad and Augustus Claus didn't provide a new account of the slaying before appearing in court with their client, Erich Milton Nowsch Jr. They said they want to review police reports and video evidence before talking about Nowsch's defense in the late Feb. 12 shooting that fatally wounded Tammy Meyers, 44, outside her home.

Nowsch didn't say a word as he stood in shackles in the courtroom and looked at media cameras pointed at him. He wasn't asked to enter a plea during his brief initial court appearance.

Justice of the Peace Conrad Hafen scheduled a March 10 preliminary hearing to determine if Nowsch should stand trial in state court.

Meyers' husband, Robert Meyers, and a family friend, Silas Doane, watched Nowsch in the courtroom on Monday but declined to comment as they left the courthouse.

Robert Meyers has said his wife took on a support role for the teenager, who lived a block away from the family, after the suicide of Nowsch's father five years ago.

Nowsch remains jailed without bail following his arrest Friday on suspicion of murder, attempted murder and firing a weapon from a vehicle.

Police and family members said Tammy Meyers had been giving her 15-year-old daughter a driving lesson at a neighborhood school parking lot when they encountered a silver vehicle and an angry driver.

Meyers went home and fetched her 22-year-old son, Brandon Meyers, who brought his handgun as they went out looking for the vehicle the mother had seen earlier.

Nowsch is accused of opening fire at Meyers' green Buick Park Avenue sedan a few blocks from the Meyers home and then fired again after a short chase to the cul-de-sac where the Meyers' live about 5 miles west of the Las Vegas Strip.

Las Vegas police say Nowsch told friends later that he shot at the green car because someone in it waved a gun at him and he thought the people in it were after him.

During the second shooting, Brandon Meyers fired three shots back at a silver Audi with Nowsch and at least one other person inside, police said.

Officer Larry Hadfield, a department spokesman, said Monday that investigators are still trying to locate another suspect. He has not been identified.