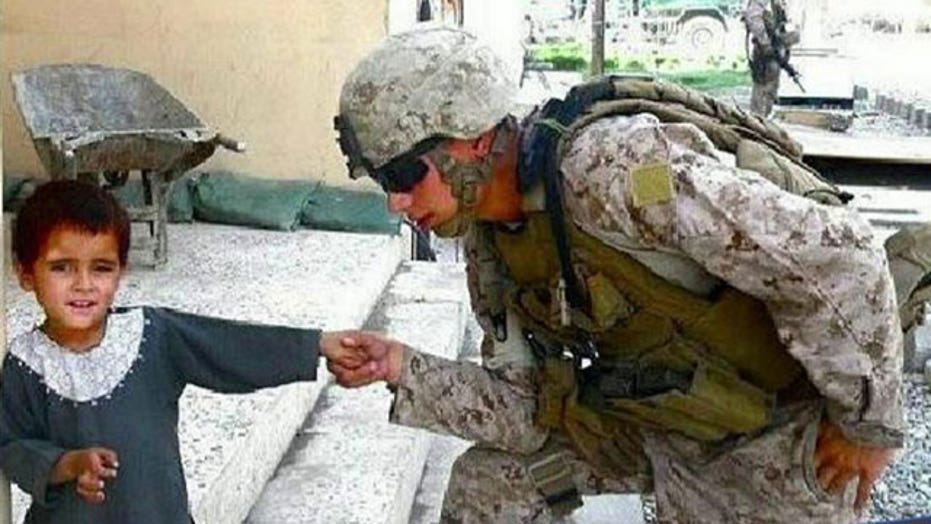 Afghan suspect tried as a juvenile; will only spend seven and a half years behind bars

Relatives of a murdered U.S. Marine have written a scathing letter to the Marine Corps Commandant Gen. James Amos, blasting the seven-year sentence given to the juvenile shooter.

Lance Cpl. Greg Buckley Jr. was killed alongside two other Marines in 2012 at a forward operating base in Afghanistan’s Helmand province. The shooter, Ainuddin Khudairaham, was tried last week before a panel of three Afghan judges and was sentenced to seven and a half years in prison, the maximum sentence for a minor offender under Afghan law. Attorneys for the family now claim they’ve been “abandoned” by the Marine Corps.

Click here for more coverage from "The Kelly File."

“The Marine Corps wants to provide no information about these murders,” the July 29 letter, obtained by Fox News, reads. “It wants to conduct no investigation. It wants the entire ‘incident’ to go away.”

The Buckley family, however, will not allow the Marine Corps to “shirk its duty” to the fallen Marines, promising to take all legal, legislative and public steps to force military brass to honor its “legal and moral” obligations.

Among other accusations, the Buckleys allege they were blocked access to the suspect’s trial and believe the episode underscores political correctness run amok on the battlefield.

“The Buckley family will not stop until this murderer is brought to justice in the United States, and laws are put in place to ensure no other Gold Star family is ever similarly abused,” Bowe told the newspaper.

Marine spokesman Col. Dave Lapan issued a statement Wednesday night saying, "The Marine Corps did not release information related to the ... shooting as a 'publicity stunt.' The information was released in response to queries received from several media outlets. Those media queries were apparently based on the  release to the press of a previous letter from Mr. Bowe to the Deputy Staff Judge Advocate of the Marine Expeditionary Brigade - Afghanistan.

"We provided copies of the Marine Corps' responses to the media inquiries to the Casualty Assistance Calls Officers to be passed to the families of the fallen Marines, concurrently with release to the five media outlets, with the intent that they would receive the information from the Marine Corps rather than in press reporting."

At the center of the case is an Afghan police chief who allegedly molested the shooter as a child. A warning about the police chief given by reservist Jason Brezler was ignored. Brezler was later prosecuted by the military for possessing classified information — the warning — and relaying that information through unsecure channels.