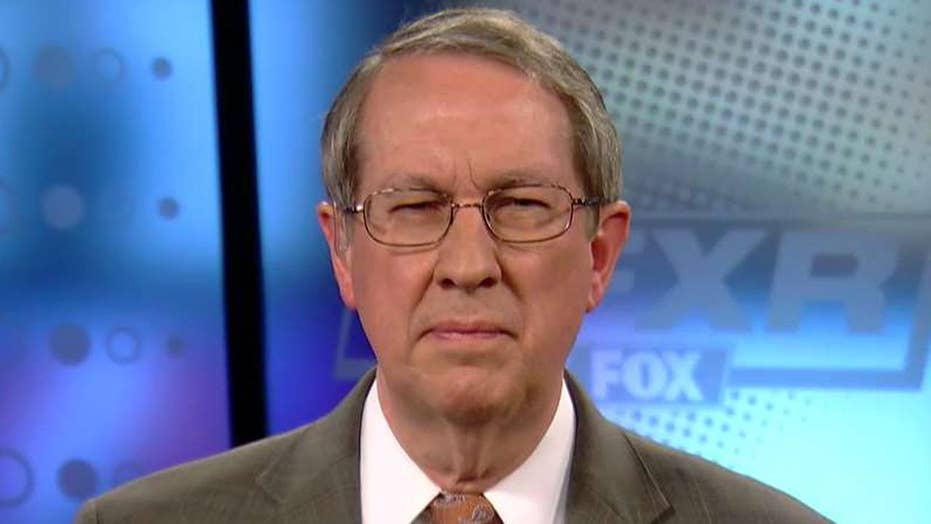 NEW YORK – Workers at a famed New York bakery, who face a deadline to produce immigration papers, are instead defying the government in public — at President Donald Trump's Manhattan home.

The 31 employees of the Tom Cat Bakery will be fired and could be deported if they cannot prove by April 21 that they're working in the country legally.

The mostly Spanish-speaking workers and about 100 supporters rallied outside Trump Tower to protest what they called the Trump administration's "bullying."

The Department of Homeland Security set the deadline for the workers to show their employment documents.

Many have worked on the gourmet bakery's production line for much of its 30-year existence.

Tom Cat covers a whole city block in Queens, churning out artisanal bread 24 hours a day and delivering it around the New York City area.

"It made me feel so sad, angry at the same time, because I never expected this was going to happen," said Hector Solis, 45, a native of Mexico City and a Brooklyn resident.

He supports his family with work that starts at 4:30 a.m. daily.

Solis had a heart attack several years ago and is afraid to lose his job along with his health insurance.

Though he produced what appeared to be work documents a dozen years ago for his job, he acknowledges that he's not legally permitted to work in the U.S. — "no, not really" — but says he's been paying U.S. taxes for 20 years.