The three young men accused in connection with the alleged beating death of Ohio teenager Ethan Liming have been indicted on lesser charges related to the fatal fight.

A grand jury in Summit County, Ohio, indicted brothers DeShawn and Tyler Stafford, ages 20 and 19, respectively, and their 21-year-old cousin, Donovon Jones, in connection with the early June incident fight that was allegedly started over the use of a water-bead gun.

Court papers from earlier this week show the grand jury indicted DeShawn Stafford on two counts of involuntary manslaughter – felonies in the first and third degree, respectively – and one count each of first-degree assault and fourth-degree aggravated assault.

Attorneys representing each of the three men did not immediately respond to Fox News Digital's request for comment and additional information.

The three men were each originally charged with murder and felonious assault, past records showed. Authorities also charged Jones with disrupting public service. All three pleaded not guilty to the earlier charges. Each were ordered held on $1 million bond.

The three suspects reportedly declined to testify before the grand jury.

Gessner told the Beacon Journal the new information related to the case could not yet "be made public," but said no additional people had been arrested on related charges.

"At this point, we have been focused on the acts that led to Ethan’s death and those who committed the offenses," he said, according to the report. "We have not focused on the passengers in his (Liming's) vehicle."

In a lengthy statement provided by family spokesperson and attorney Michael Callahan, Bill Liming, Ethan's father, said he and his family "are grieving."

"We are a beautifully multi-cultural family with white, African American, and Filipino family members who share the vision of strength by coming together rather than pulling apart everything we hold dear at the seams," he wrote. "Rather than become bitter, we are choosing to fall back on our faith."

Liming said that he and his family have "always taught all of our children to love everyone."

"We will continue that lesson knowing full well that not everyone in the world we live in feels the same. Our family will continue to let faith guide us through these unbelievable times and we will pay better attention to our surroundings and where we go," he went on.  "This summer has been a horrific summer of violence and tragedy here in Akron.  Our family is not the only ones who have had to suffer."

He added: "We stand shoulder to shoulder with all of the families who are struggling in their grief just as we are  struggling beside them with ours.  Love will win.  Of that, I am certain- not politics, not division, but love." 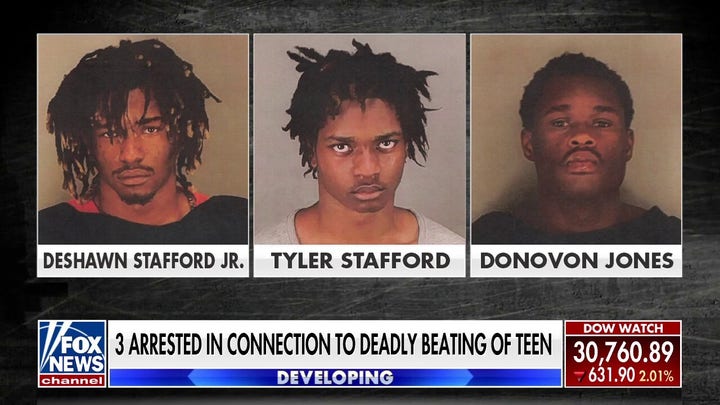 Liming, 17, died after suffering blunt force trauma to his head on the night of June 2. Police said Liming was in a vehicle with friends as the group was "riding around the surrounding area shooting a SPLATRBALL Water Bead Blaster at objects and possibly unsuspecting people."

The group then pulled into the I Promise School – a property that is supported in part by The Lebron James Family Foundation – and made its way toward the basketball court.

"The teens then appeared to have targeted or approached the subjects who were on the court and fired the gel soft gun at them," police said at the time. "The collective actions of the teens in the car appear to have unfortunately provoked the altercation."

At least two of the people who were in the car with Liming exited the vehicle and fired the water bead gun at the crowd on the basketball court, police said. They then allegedly ran back to the car, where both groups converged, and a fight broke out.

READ DETAILS FROM THE AFFIDAVITS BELOW:

Affidavits related to the suspects’ arrests, provided to Fox News Digital in June, described how police believed each of the men were involved "in an altercation with Liming" and his three friends. They allegedly "punched" and "assaulted" each of the four victims, and "beat Liming until he was unconscious." They each "then beat him more" while "he was unconscious on the ground," the affidavits state.

The affidavits further allege that each of the boys then repeatedly "stomped and kicked Liming" in his head.

Liming was unresponsive by the time police arrived at the scene, authorities said.

DeShawn Stafford’s attorney, Jonathan Sinn, told Fox News Digital at the time that his client was defending himself.

"Shawn was up there playing basketball with his brother and his cousin," Sinn said. "He is 5-foot-5, 130 pounds, and it was just the three of them on the court playing when a car-load of kids, a car-load of teenagers … pulled into the lot. At that point they opened their windows and opened fire with, what at the time seemed to be a fully automatic firearm."

He called the weapon "a fully automatic paintball gun" that can be modified with the use of frozen ammunition.

"After these boys were sprayed with the firearm, then the boys from the other vehicle got out, chased them onto the court, assaulted them and a fight did ensue where my client is alleged to have defended himself," Sinn went on.

He further argued that Liming "hit the cement" when he "allegedly got punched," adding that "the injury from the cement may have been what caused the ultimate damage here."

He went on: "These boys were on the basketball court, unarmed, doing what we want them to do, playing basketball when kids from outside the neighborhood came in in a vehicle, sprayed them with this crazy paintball gun."

Sinn told Fox News Digital at the time that the suspects did take the water bead gun and the car during the night’s events.

But they were not moving the car to prevent Liming from getting to the hospital, Sinn said. Instead, they did so to keep Liming and his friends on the scene until police arrived, Sinn said – despite that his client and the other suspects also allegedly fled.

"My understanding is it wasn't moved in an effort to try and prevent anyone from getting help," Sinn said at the time. "It was more of a situation of, 'You guys are going to stay here. You guys are gonna stay here until the cops come, you're going to have to explain the situation.’ So they didn't want the other boys taking off because they really felt they were in the right." 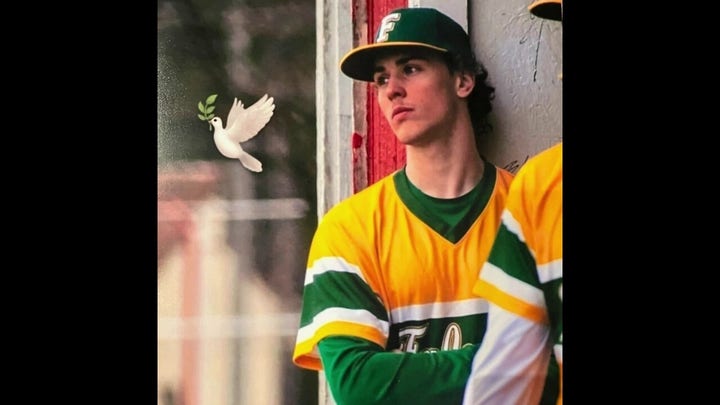 And audio from a 911 call placed at the scene on the night of the attack raised questions regarding how the events unfolded.

"We’re at the I Promise school in Akron, Ohio," one of Liming’s friends can be heard saying on the call, which was placed at 10:42 p.m.. "Our friend just got knocked out. We don’t know what to do."

The dispatcher can be heard asking if there was a fight at the location, to which the caller responds that "there was" a fight, but added: "Yeah. It’s okay, though. It’s cool now. It’s cool now."

In the background, someone could be heard saying, "Hey, man. We’re sorry, man. We didn’t mean it."

The caller told the operator Liming was breathing, though it was unclear if the call was placed at the end of the brawl, or before it had escalated further.