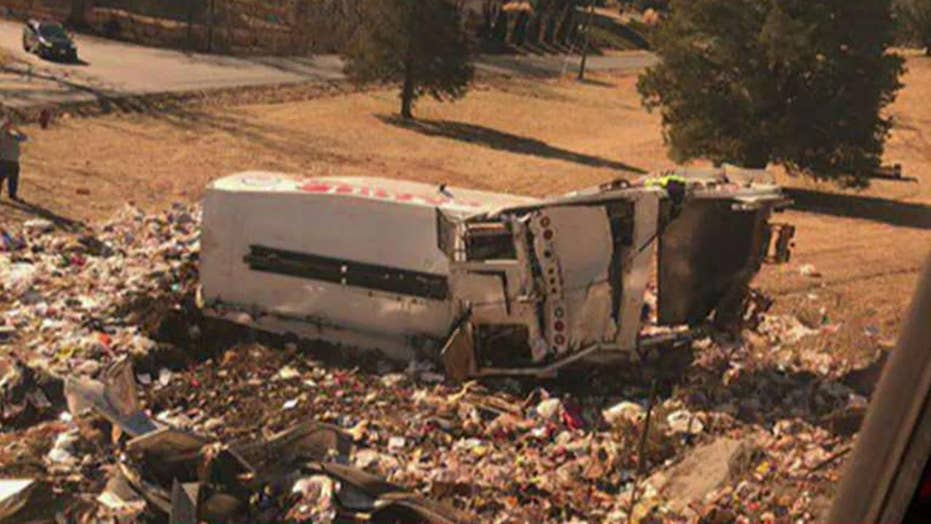 The National Transportation Safety Board (NTSB) reportedly determined that the garbage truck driver involved in an accident last year with a train carrying GOP members was the likely cause of the crash.

The agency’s concluding report, released Thursday, listed a few of what they said were likely contributing factors to the crash in Virginia that left one person dead, according to The Associated Press.

Among the probable causes to the incident was the driver’s choice to navigate around the railroad crossing’s lowered safety gates, as well as their lack of movement once on the tracks, the NTSB said.

The crash unfolded in January 2018 in Crozet, Va., and Republican lawmakers onboard were bound for a retreat in West Virginia. But their plans were thwarted when the train slammed into a garbage truck.

The person killed was one of two passengers inside the truck.

Drugs also likely played a role in the crash, the agency determined. Results from a test of the driver’s blood showed the psychoactive ingredient found in marijuana, in addition to an anti-seizure medication, according to The Associated Press.

Authorities were reportedly unsuccessful in locating a prescription for the medication.

"The truck driver's lack of response after stopping the truck and being positioned between two obstacles for several seconds is an example of slow decision-making," the report said.

The trash truck's driver, Dana William Naylor Jr., had already been indicted locally on involuntary manslaughter and DUI charges, according to The Associated Press.

But a charge of maiming under the influence was dropped after a judge ruled out certain scientific testimony and blood evidence, the outlet said, citing the Daily Progress.

Last month, a jury found Naylor not guilty of involuntary manslaughter. He still faces civil suits filed by people who were on the train.