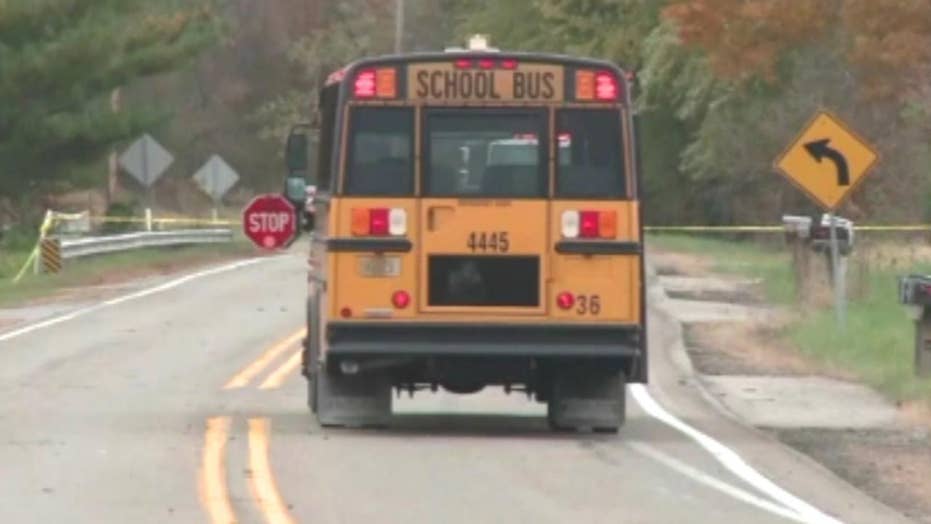 Lawmakers call for action after an accident killed three siblings.

The driver behind the wheel of the pickup truck that hit four students boarding a school bus in Indiana, killing three siblings, claimed she didn't recognize the vehicle, officials said in court on Wednesday.

Alyssa Shepherd, 24, faces three counts of reckless homicide and a misdemeanor traffic violation for her involvement in the deadly crash on Monday. She was released from the Fulton County Jail after posting a $15,000 surety bond shortly after her arrest Tuesday afternoon.

The four children were walking across the road in Rochester, located about 60 miles west of Fort Wayne, when they were struck by Shepard's truck. Three children -- identified as twin brothers Xzavier and Mason Ingle, 6, and Alivia Stahl, 9, their sister -- were killed in the crash, state police said.

In a court hearing Wednesday, police shared information from what Shepard told them after the crash, in addition to the school bus driver and a witness, FOX59 reported.

The witness who was driving behind Shepard estimated she was driving at 45 mph and said the bus was very visible, despite it being dark out. Police said Shepard claimed she was returning from driving her husband to work and had three kids in the truck at the time, including her younger brother.

The 24-year-old then said she didn't know how fast she was going, but that she came around the corner, saw something with lights, and didn't recognize it was a school bus until it was too late, police said in court.

Alyssa Shepherd, 24, was arrested and charged with three counts of reckless homicide and one misdemeanor count of passing a school bus when arm signal device is extended, causing bodily injury. (Indiana State Police)

The bus driver told police after the crash he thought Shepherd's truck was a reasonable distance away and waved the children across the highway, officials said in court Wednesday. He then said he realized the truck was not stopped and honked, but it was too late.

UNCLE OF INDIANA SIBLINGS KILLED AT BUS STOP SPEAKS OUT ON THEIR DEATHS: ‘TAKEN FOR NO REASON’

The school district said on Wednesday the bus stop where the children were at will be relocated to a nearby park and the safety of all district stops is being examined.

Emergency personnel responded to a scene of a collision that killed three children crossing SR 25 as they were boarding their school bus north of Rochester, Indiana.

The child who survived the deadly crash, 11-year-old Maverik Lowe, remained hospitalized in stable condition Wednesday, according to his parents. The boy suffered multiple broken bones and internal injuries and had undergone two surgeries as of Wednesday morning, according to Indiana State Police Sgt. Tony Slocum.

Maverik's parents issued a statement thanking the community for supporting them and the family of the children who were killed in the crash.

"Our family is focused on his recovery at this time and requests privacy as we heal together," the statement said. GoFundMe pages are raising money for the siblings' family and Maverik's medical bills and relief.