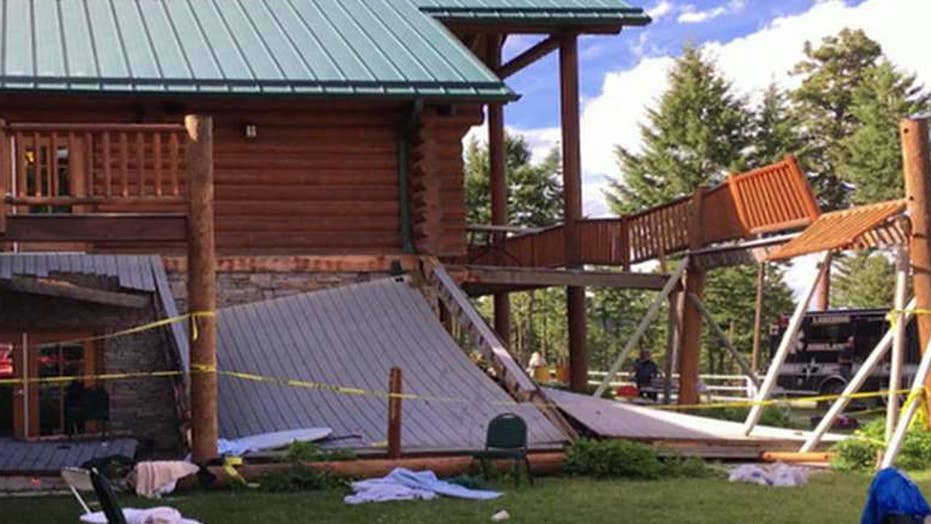 Collapse happened at Glacier Camp during a memorial service

Dozens of people were injured, some critically, after a second-story deck collapsed at a Montana lodge Saturday during a funeral, officials said.

First responders rushed adults and children to various medical facilities, while the critically injured were airlifted to hospitals.

Witnesses to the collapse told ABC FOX Montana one side of the deck was spongy, and that once it collapsed it was a domino effect.

Leslie Dillon, who told the Daily Inter Lake newspaper she was among about 50 people on the deck at the time of the collapse, said she walked away with some bruising. Dillon added many of her friends and relatives were taken away by ambulance.

The Somers/Lakeside Fire Department said the cause of the collapse is under investigation.

The crowd at the time was gathered on the deck to remember William Nickel, a longtime Flathead Valley firefighter who died in April.

Read more from The Daily Interlake.

The Associated Press contribtued to this report.