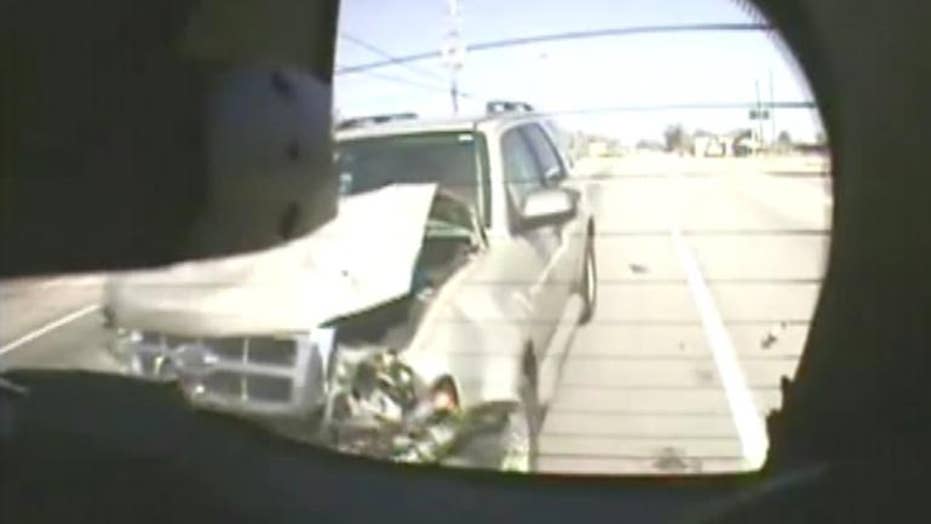 As Americans hit the road for the summer travel season, a police department in Georgia is warning about the dangers of distracted driving by showing a shocking example of what happens when someone isn't paying attention while behind the wheel.

The Byron Police Department released video Friday of an SUV slamming into one of its cruisers, which the department said was driven by a distracted driver.

"Why is distracted driving bad? Watch this video," the department said on Facebook. "This is a Byron officer that was rear ended by a distracted driver earlier this week."

In the video, the officer slows down while approaching a red light as the SUV slams into the rear of the police vehicle without any signs of stopping.

NEW JERSEY SCHOOL BUS FLIPS ON ITS SIDE IN HIGHWAY CRASH

Police said the driver looked away, and didn't see traffic slowing down ahead.

"Fortunately everyone walked away," police said.