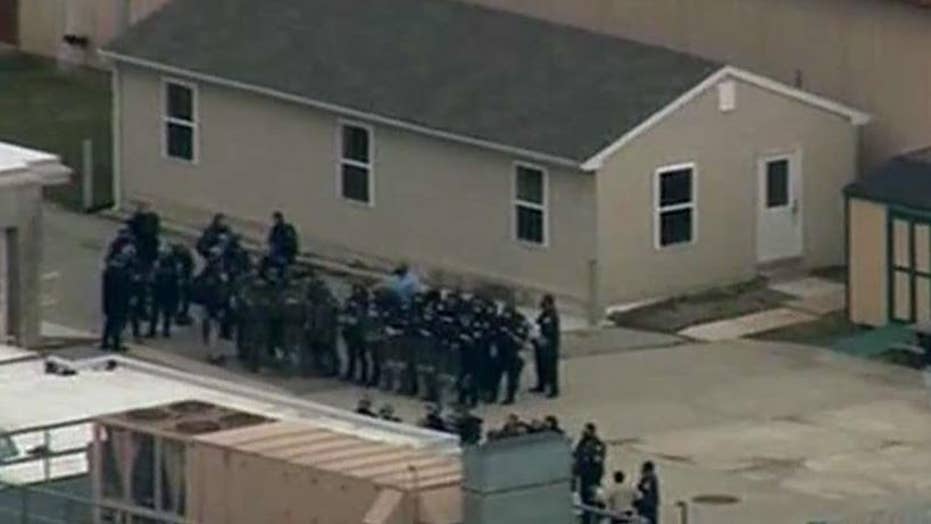 SMYRNA, Del. – The Delaware State Police says a prison building that was the site of an inmate uprising in which a guard died earlier this week has been turned back over to the Delaware Department of Correction.

In a statement, State Police said that at approximately 10 p.m. Friday they "cleared the crime scene" and turned Building C at the James T. Vaughn Correctional Center near Smyrna back over to corrections officials.

State Police said that the investigation into the uprising and 20-hour hostage standoff at Delaware's largest prison is expected to be "lengthy and arduous" and that detectives are continuing to conduct interviews and to "collect and examine countless pieces of physical and video evidence."

A vigil for the guard who died, 47-year-old Steven Floyd, was held Friday at Smyrna Municipal Park. Floyd was one of four staff members, including a female counselor, taken hostage Wednesday after inmates in a unit holding about 120 inmates ambushed him and forced him into a closet.

Inmates released two hostages before a tactical team used a backhoe to breach the building and rescue the woman Thursday.

The News Journal of Wilmington, Delaware, reports that one of those two hostages, Joshua Wilkerson, spoke at the vigil in Smyrna which Floyd's family attended. The paper reports that Wilkerson became a correctional officer just one month before being taken hostage and that he struggled to speak Friday, his face visibly bruised from injuries he sustained during the uprising.

"Every time I seen him, he treated me with respect, whether I was new or been there awhile," Wilkerson said of Floyd. "He was a good man to me."