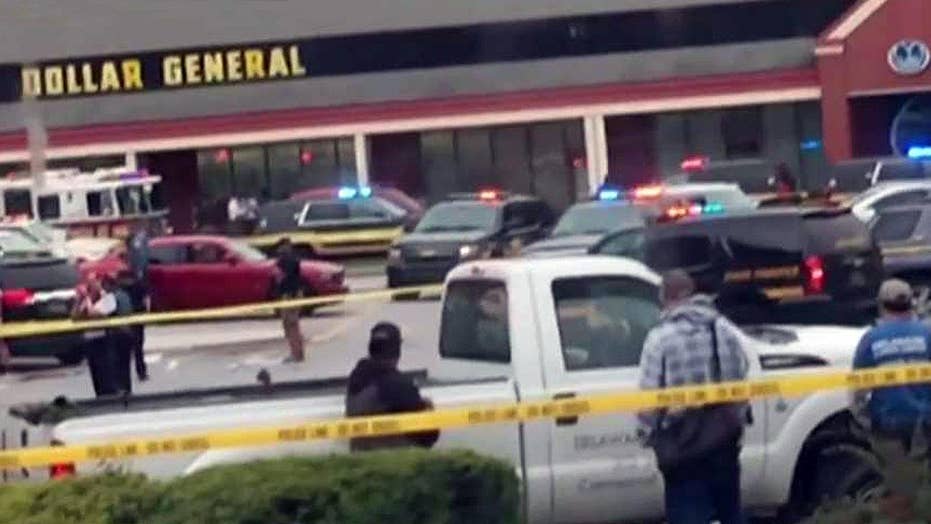 The man who shot and killed a Delaware trooper was killed Thursday morning in a gunbattle with law enforcement after a standoff at his home that stretched on for more than 12 hours, state police confirmed.

After police closed in on Burgon Sealy, Jr.'s house in Middletown with an armored bulldozer, the 26-year-old burst out of the home around 9:17 a.m. and started firing, State Police Superintendent Nathaniel McQueen said. Police returned fire, and Sealy was pronounced dead some 12 minutes later.

The killer had fired at officers trying to negotiate a surrender outside his home around 4 a.m., Fox 29 reported. It was not known what type of weapon he was using. There were no reported injuries; people living in the area had evacuated but were later allowed back into their homes.

During gunfights overnight police in Delaware appear to have blown apart every window&door of wanted trooper killer's home @FOX29philly pic.twitter.com/VJ9MEBlQEr

The standoff unfolded after the man gunned down a state trooper in a Wawa parking lot Wednesday in Bear, a Wilmington suburb about 20 minutes from Middletown.

McQueen told reporters Thursday that shortly after the shooting, Sealy had contacted family members to alert them that he shot an officer, who in turn relayed the news to police. With that information, McQueen said, investigators were able to track down Sealy at the home.

Cpl. Stephen J. Ballard, 32, had approached a "suspicious vehicle" with two men inside that had been parked outside the Wawa store for an extended period of time, investigators said. A struggle ensued and the one of the men shot the trooper multiple times before escaping, McQueen added. Police arrested the second man at the scene of the shooting.

As of Thursday afternoon, police have not yet revealed why the vehicle was investigated or the motive behind the shooting.

The home where Sealy barricaded himself is registered to his father. Records show Sealy had been arrested in 2013 on gun and drug charges. A childhood friend, Scott Adkins, says Sealy was fond of guns as early as middle school.

Delaware State police marked armored bulldozer just drove past us to home of gunman, there may be concern home boobyttapped @FOX29philly pic.twitter.com/xpQRMHckZc

Photos and video showed extensive damage to the killer's home, with the windows and doors blown out. Police said they used an explosive device to blow open the front door Wednesday night but did not enter.

Ballard had been on the force for more than eight years, according to state police spokesman Sgt. Richard Bratz.

“Ballard went to work every day putting his life on
the line to protect the rest of us,”  Gov. John Carney said Thursday.

“My heart is with Corporal Ballard's family today and all the officers on his shift and the Delaware State Police who serve beside him," he added.

Sarah Adkins, 18, who lives with her parents on the same street where the killer was barricaded, said that shortly after arriving home early Thursday afternoon, she started hearing sporadic gunfire that lasted for about an hour and resumed at other intervals.

Adkins said the man believed to be the suspect went to school with her brothers, and has always seemed friendly, smiling and waving at her when she last saw him a couple of weeks ago.