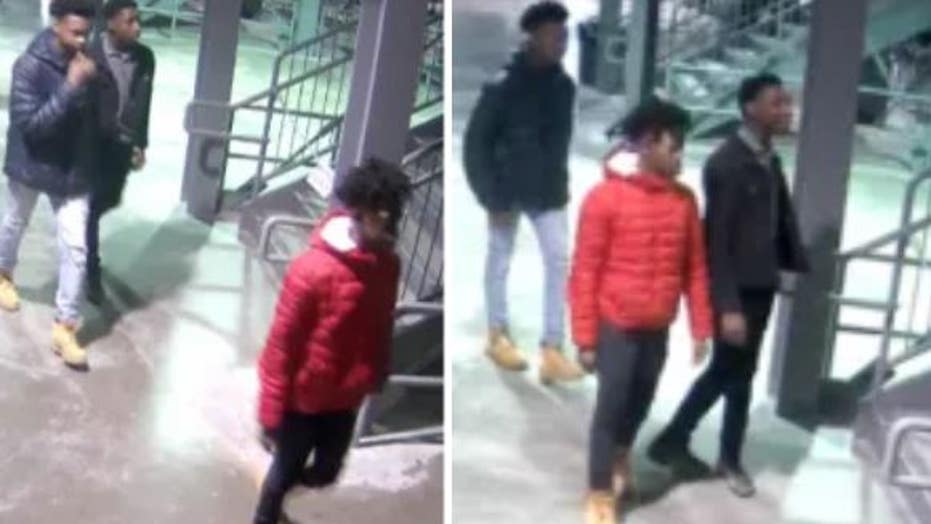 Dallas police are searching for three suspects in connection with a shooting at a high school basketball game that injured two people Saturday night.

A fight had broked out around 9:10 p.m., prompting gunfire inside Ellis Davis Field House in South Dallas, police said in a news release.

An 18-year-old black man was shot during the altercation and rushed to an area hospital in serious condition, police said. His identity has not been released.

The victim was not believed to be a student in the district, spokeswoman Robyn Harris told the Dallas Morning News.

A bullet grazed a police officer for the Dallas Independent School District [ISD] but she was in stable condition, Fox 4 reported.

The district was looking into its own security measures at sporting events, the spokeswoman added.

“We absolutely have a screening process that includes clear bags. We implemented a clear bag policy like you see at many of the stadiums,” Harris said. “We do not house metal detectors here, and so that’s something that I imagine that we will quickly and swiftly be looking at.”

Police released an image from surveillance footage showing three persons of interest. They remained at large.

“We really need the community’s help in resolving this,” Harris said. “Because, again, there is senseless violence that must stop.”

A news conference with Superintendent Michael Hinojosa was scheduled for Monday at 10:30 a.m.

Anyone with information on the shooting has been asked to contact police.