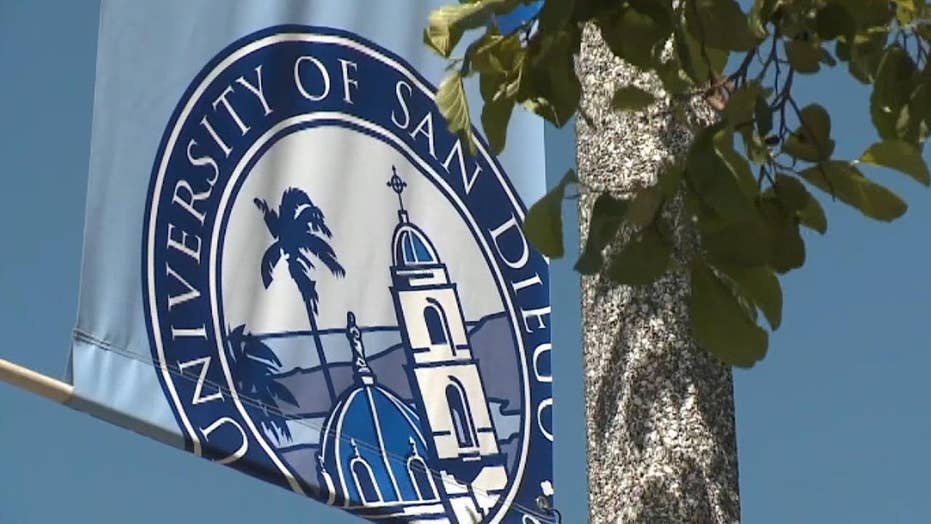 Department of Education opens preliminary investigation into eight universities in connection with the college admissions scandal.

Eight universities ensnared in the nationwide college admissions scheme in which 50 people were criminally charged are now being investigated by the U.S Education Department, according to an official with knowledge of the investigation.

The "preliminary investigation" by the department is focused on whether there were any violations regarding federal student financial aid programs administered by the department under Title IV of the High Education Act, the official told Fox News.

The probe stems from the sweeping bribery scheme uncovered earlier this month from the Justice Department where wealthy parents, including celebrities Lori Loughlin and Felicity Huffman, allegedly paid to get their children admitted into elite colleges. Among the 50 people charged were parents, college sports coaches and athletics officials, but the schools themselves have not been targeted.

The University of Southern California university says a review of students possibly connected to a college admissions bribery scandal could lead to expulsions. (AP Photo/Reed Saxon)

Federal education officials are now asking universities for documents relating to admissions and ranking as part of its investigation, including documents produced by a subpoena to other agencies, according to an official.

The department is also looking for a list of employees and students mentioned in the criminal investigation, in addition to any disciplinary action the universities have taken regarding employees, the official added.

Officials are asking universities for data going back 10 years, with college presidents given 30 days to comply.

A department spokeswoman told the Associated Press the department does not confirm or comment on ongoing investigations. Education Secretary Betsy DeVos previously called the bribery scheme "disgraceful," and told Fox News that students need to be considered by colleges and universities on their merit.

Secretary of Education Betsy DeVos says that the Department of Education is looking into how they can ensure the college admissions system is fair for all students.

“This is a matter that all Americans want things to be fair and they’re clearly not,” DeVos said on “The Daily Briefing with Dana Perino.”

DeVos also said at the time that the department was "researching and looking into" how the department might interface with the criminal investigation.

"Obviously this is a Department of Justice operation but we are looking very closely at it and we’ll see if any of the regulations we’re responsible for have been broken,” DeVos told Perino at the time when asked if there was anything her department could do to assure the system wasn’t rigged in favor of the wealthy.

Department officials reminded the eight schools that in order to receive federal student aid, they're required to establish procedures to manage it properly, according to one of the letters obtained by the AP. They're also required to report any "credible" evidence of fraud, misrepresentation or other illegal conduct.

Schools found to have committed "substantial misrepresentation" can have their access to federal student aid limited or revoked entirely. The letter warns schools those penalties apply to statements "made directly or indirectly to prospective students."

The University of California, Berkeley, which is also ensnared in the scandal, did not receive a letter from the department at this time, an official told Fox News. Federal officials are also looking into possible federal student loan violations related to the scandal.

Several schools confirmed that they received the letter, saying they will work to provide records and information requested by the department.

Yale University said it rescinded an admission of a student linked to the college admissions scandal. (iStock)

The University of Southern California issued a statement saying it will "fully cooperate" and will "continue to comply with all laws and regulations."

Yale President Peter Salovey said he received the request "and will respond appropriately."

The University of Texas at Austin said it is working with the department while it also conducts its own internal review.

In total, 33 parents have been charged in the scheme in which prosecutors said college admissions consultant William "Rick" Singer took roughly $25 million in bribes from dozens of individuals to assure their children's entry into top colleges by getting them recruited for sports they didn't play and by arranging for standardized tests to be rigged.

Fox News' Victor Garcia and The Associated Press contributed to this report.