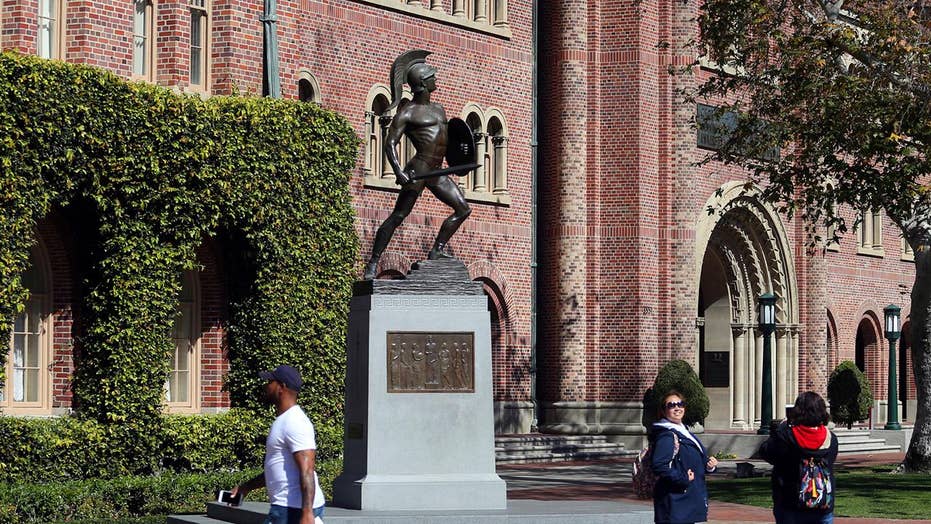 Yale University rescinded the admission of a student whose parents allegedly paid $1.2 million to gain a spot at the elite university through the nationwide college admissions scheme.

Yale officials said in a statement Monday that the student’s place at the university was rescinded following an investigation, but did not provide further information. The school previously said it would allow the student to “address the allegation” before determining if his/her admission would be rescinded.

Fox News’ request for a response from Yale was not immediately returned.

Several athletic coaches charged in the nationwide admissions scheme appeared in court Monday and pleaded not guilty to taking bribes from wealthy parents in exchange for helping their children get into elite universities. Federal authorities announced earlier this month 50 people, including actresses Felicity Huffman and Lori Loughlin, were charged for their alleged involvement in the bribery scam run by William “Rick” Singer.

Among the people involved was Rudy Meredith, former Yale women’s head soccer coach. Meredith, who is expected to plead guilty to wire fraud charges Thursday, helped two students during the admissions process by faking athletic profiles for them, the university said in a “Frequently Asked Questions” page created after charges were announced.

“One was denied admission despite the endorsement, and the other was admitted. Federal privacy law and Yale policy prevents Yale from revealing the name of either individual to the public,” the university said.

Former Yale's women's Head Soccer Coach Rudy Meredith put a prospective student who didn’t play soccer on a school list of recruits, doctored her supporting portfolio to indicate she was a player, and later accepted $400,000 from the head of a college placement company, court documents stated. (AP)

Meredith created an athletic profile in November 2017 stating the student, identified as “Yale Applicant 1,” was the co-captain of a “prominent club soccer team in southern California” even though the individual never played the competitive sport, court documents stated.

The applicant got into Yale in January 2018 and Meredith received a $400,000 check for his work, authorities said. The parents of the “Yale Applicant 1” allegedly paid a total of $1.2 million to Singer and Meredith.

Yale was the first college among the universities involved in the scandal to rescind a student’s admission. University of Southern California said six applicants in the current admissions cycle would receive rejection letters.

Other colleges said they will be reviewing students who were allegedly accepted under false information.