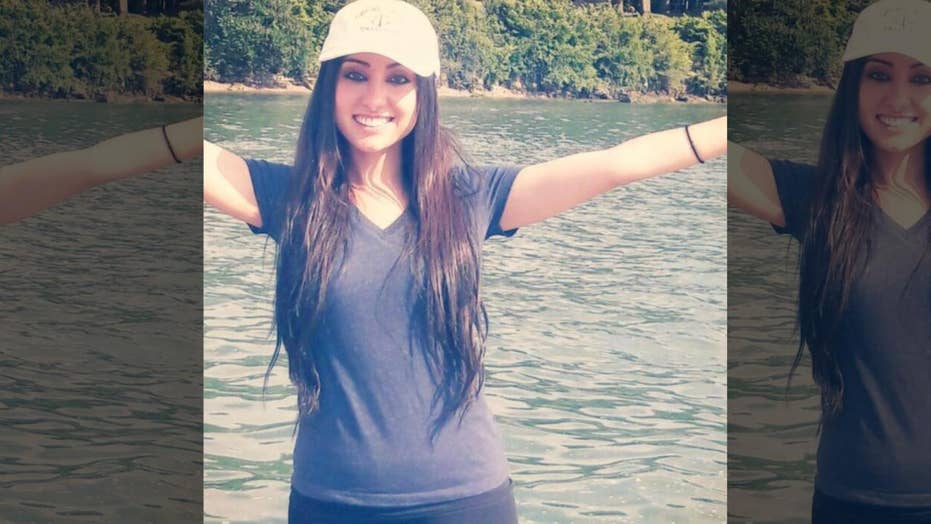 The Cleveland hospital resident who was fired after threatening to give the Jewish people “the wrong meds” graduated from a Jewish-affiliated medical school in New York.

Lara Kollab was fired from her position as a supervised, first-year resident at the Cleveland Clinic in Cleveland, Ohio, after working there just for three months last year following the revelations of her hateful remarks on social media.

“May Allah take back (end the lives) of the Jews so we stop being forced to go to those unclean ones,” she wrote in one of the tweets, as documented by Canary Mission, an anti-hate watchdog that exposes anti-Semitism online.  She once wrote that “Allah will kill the Jews” and “Allah will take the Jews who exiled us from our country.”

“Hahha ewww… I’ll purposely give all the [Jews] the wrong meds,” she wrote in a 2012 tweet that ultimately cost her her job, according to the clinic.

"I’ll purposely give all the [Jews] the wrong meds."

The school said it was “appalled” and “shocked” to learn about Kollab’s comments, saying her statements were “antithetical to Touro and to the physicians’ Hippocratic Oath.”

“Touro College is appalled by the anti-Semitic comments reportedly made by Lara Kollab, a graduate of the Touro College of Osteopathic Medicine. The mission of Touro College is to educate, perpetuate and enrich the historic Jewish tradition of tolerance and dignity,” the college said.

“We are shocked that one of our graduates would voice statements that are antithetical to Touro and to the physicians’ Hippocratic Oath. We have received word from the Cleveland Clinic where Dr. Kollab was last affiliated and learned that she is no longer employed there.”

The fired resident’s surfaced comments also show her making anti-Semitic comments on social media, including calling Jews “dogs,” comparing them to the Nazis, and minimizing the Holocaust.

“Look, Haifa is sweet (nice), but it's full of Jewish dogs, and it looks like America, meaning, it wasn't that special to me,” she wrote in another tweet.

“I don't mean to sound insensitive but I have a REALLY hard time feeling bad about Holocaust seeing as the people who were in it now kill my people,” she tweeted as well.

Lara Kollab was fired from her position as a supervised, first-year resident at the Cleveland Clinic after working there just for three months last year following the revelations of her hateful remarks on social media. (Instagram via Canary Mission)

Her social media pages also feature pro-terrorism comments, including defending Palestinian terror group Hamas, stating that “Hamas was created in response to decades of brutal oppression with stated goal of ending that oppression” and that it “doesn't hate Jews, Hamas wants to liberate their people.”

The Cleveland Clinic said that it took immediate action against Kollab after the social media posts were revealed to the administration, confirming that she was fired due to the comments.

“When we learned of the social media post, we took immediate action, conducted an internal review and placed her on administrative leave. Her departure was related to those posts and she has not worked at Cleveland Clinic since September,” the clinic said in a statement to Fox News.

"When we learned of the social media post, we took immediate action, conducted an internal review and placed her on administrative leave. Her departure was related to those posts and she has not worked at Cleveland Clinic since September."

The clinic assured that Kollab was supervised during her time in the position, in addition to “multiple safeguards,” and she couldn’t have caused harm to patients, noting that nothing of the sort was reported.

“In no way do these beliefs reflect those of our organization. We fully embrace diversity, inclusion and a culture of safety and respect across our entire health system,” the clinic added.

Since the firing, Kollab deleted her social media accounts, though some of them were preserved. Her LinkedIn page said she was a biology tutor to high school and college students shortly after getting her bachelor’s degree from John Carroll University in 2013, while since 2015 she has been a mentor to “1st, 2nd, and 3rd year medical students.”

Kollab was issued a training certificate in July 2018 but it could only be used until she was dismissed from the residency program at Cleveland Clinic.

“A training certificate is only valid as long as the individual is actively part of the program which was indicated on the application by the supervising entity,” Tessie Pollock, the board’s director of communications, told Fox News.