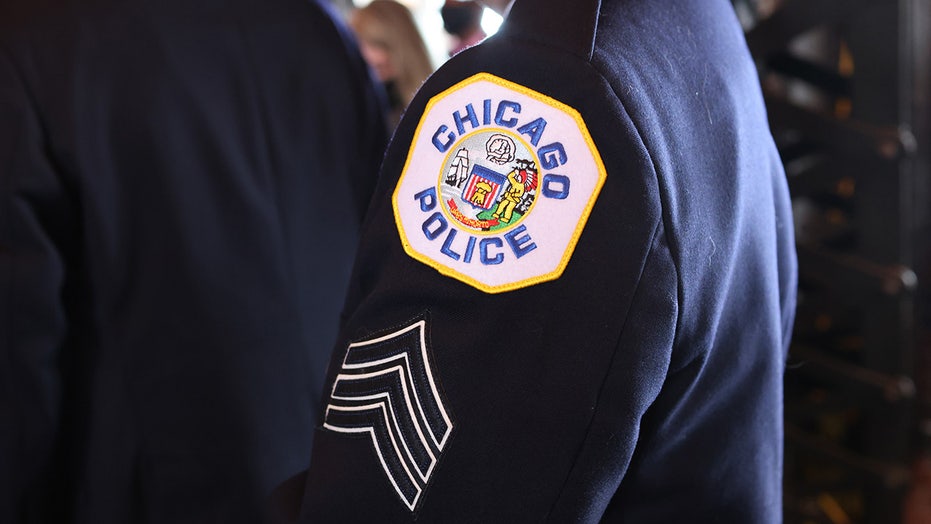 A Chicago police officer was injured Saturday night after he was run over by a stolen car during an attempted traffic stop, authorities said.

The incident unfolded when officers identified a stolen gray Saturn sedan and attempted to pull the vehicle over, police said.

The 23-year-old Chicago police officer was treated at a hospital for an injury to his leg, according to police and local reports. ( Scott Olson/Getty Images)

The stolen vehicle initially fled before coming to a stop due to traffic, according to authorities. When officers approached the vehicle on foot, the unidentified driver drove onto the curb and struck the officer before speeding away.

The officer injured his leg and was rushed to Northwestern Hospital in fair condition.

No arrests have been made as of Sunday morning. An investigation is ongoing.