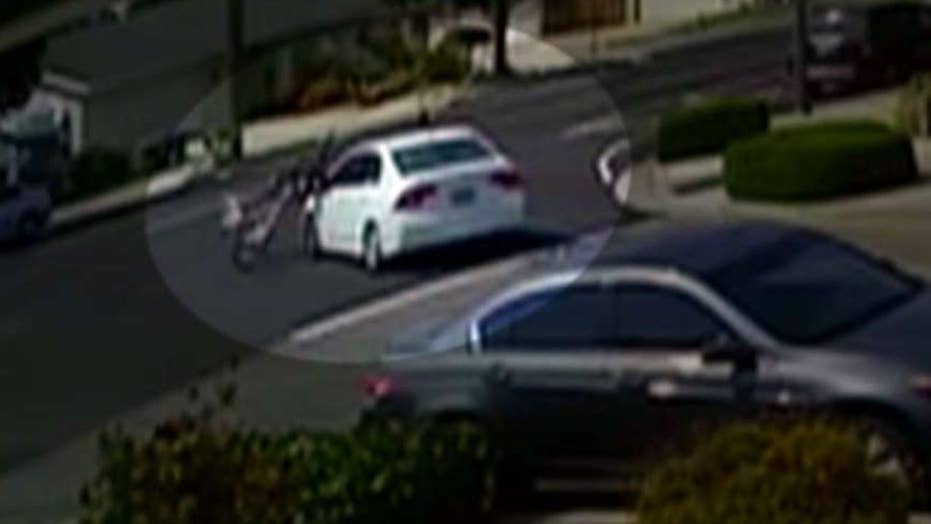 Driver caught on camera speeding off after striking the two kids.

Authorities in Northern California are looking for a driver captured on surveillance video last month striking two children riding their bikes -- and then driving away.

San Jose Police said the incident took place Aug. 27, when a 12-year-old girl and 13-year-old boy were riding their bikes home and a car ran a stop sign, striking both of them.

The Honda can be seen striking two children as they ride their bikes last month. (San Jose Police)

After sending the girl to the ground and boy flying on the hood of the car, police said the driver backed up, stopped briefly and fled with two passengers.

The girl, who asked to not be identified, told KTVU that a passenger in the Honda waved and said "sorry" as the car sped away from the scene. San Jose police said the three people in the Honda would face charges for felony hit and run.