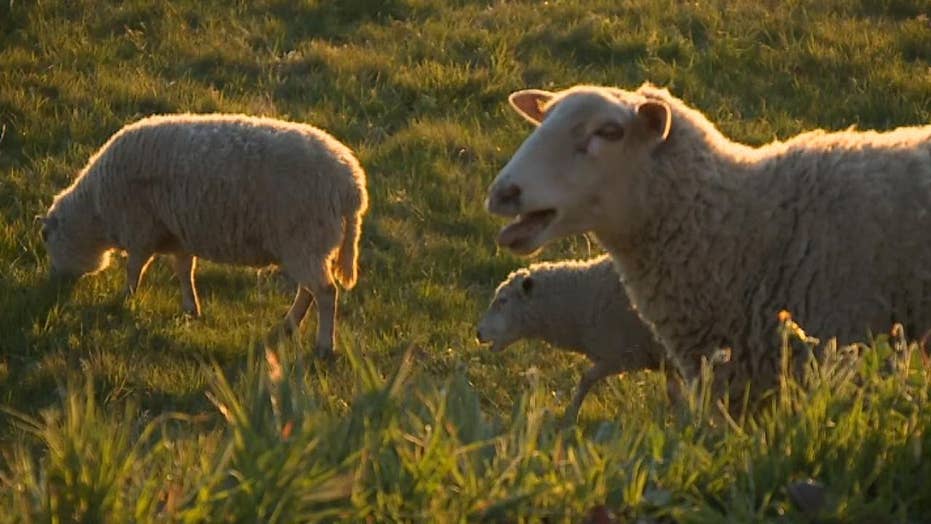 Communities around Sacramento prepare for fire season as the likely driest February on record comes to a close.

As a parched February appears to near its mark in the record books, communities in California are preparing for wildfire season by deploying an army of hungry four-legged soldiers.

According to the U.S. Drought Monitor, less than half of normal precipitation has fallen from central and southern Nevada westward across most of California since mid-December. Just over 9.5 percent of the state, including the central and southern Sierra Nevada and adjacent areas of the Central Valley, was designated earlier this month as being in moderate drought.

"With high pressure anchored over the eastern Pacific Ocean, storm systems bypassed California, Nevada, Arizona, and Utah, instead of tracking either northward into the Pacific Northwest or southward across Baja California and into the southern Rockies," according to the drought monitor.

The state had been drought-free since early December until a weather pattern change sent more precipitation further north into the Pacific Northwest as the new year began.

Side-by-side photos from NASA show the difference in snowpack in Northern California from 2019 to 2020. (NWS Sacramento)

An abnormally dry status has also been applied to California's Central Valley and a swath from the San Francisco Bay Area to the Sierra, as well as parts of the California-Oregon border. Cities such as Sacramento and San Francisco have recorded no measurable rain. If that holds to the end of the month, February 2020 will be the driest February on record.

While drought has not been declared for a large portion of the state, dried vegetation from the last major drought in California is still posing a risk for wildfires, according to Cal Fire Chief Mike Mohler.

"That dead fuel is still scattered across California," Mohler told FOX40 on Monday.

The recent lack of rains and dry conditions may also cause grasslands that are currently green to dry out in a few weeks if no additional rainfall is recorded, creating fuel for possible wildfires.

"We don't have a technical wildland fire season anymore,” Mohler told FOX40. “It really is a year-round operation."

ARIZONA FAMILY, DOG RESCUED FROM RAGING FLASH FLOOD IN CREEK THAT 'LOOKED LIKE THE COLORADO RIVER'

With fire prevention a major factory in California, some communities are deploying animals to eat away at dry brush. Last year, hundreds of goats ate away vegetation near the Reagan Presidential Library that helped create a firebreak, a gap of cleared vegetation that functions as a barrier to stop wildfires.

Goats and sheep are being used to eat high grass that could cause wildfires if left to grow out of control. (FOX40)

In the city of Rocklin, 1,300 sheep and goats that can eat up to six acres of grass per day have recently been eating away at the grassland.

“We do a reduction in fuels for the fires and at the same time, they’re also looking for an ecological benefit on the open space,” Rob Thompson of Legacy Ranching in Grass Valley.

Some 1,300 goats and sheep are being used to eat potential wildfire fuel in the city of Rocklin, Calif. (FOX40)

Thompson, who owns the goats and provides the service throughout the region, told FOX40 that in some places the animals are already eating wild oats between four and five feet high.

“So, we’re trying to get on top of it and get them knocked down before it grows and gets out of hand this year," he said Monday.

Mohler said deploying the natural firebreak using animals is a "great operation" as officials stress that proper prevention is key for fire season.

"We never want to just cry wolf, and the doom and gloom,” he told FOX40. “But if you live in California, we're to the point now that it really is year-round. Get your home prepared, prepare your family."