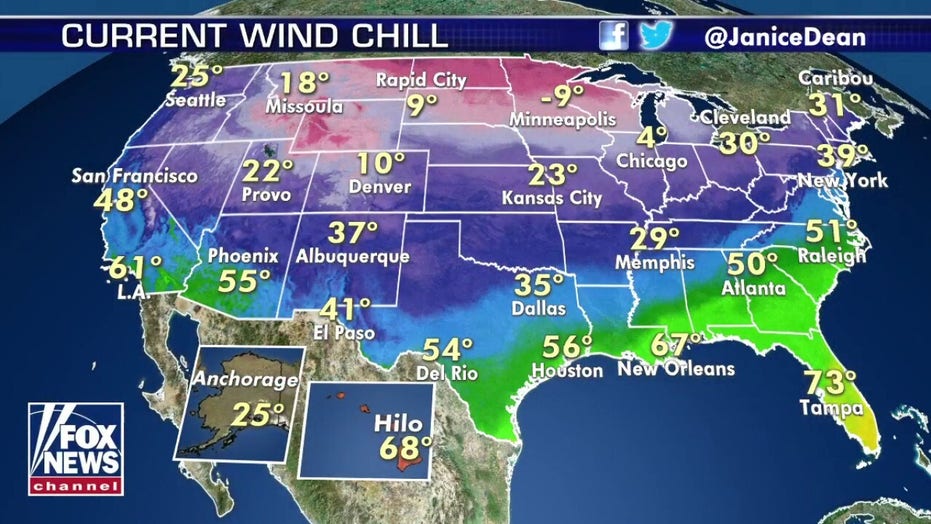 A winter in California filled with more sunshine than precipitation has paved the way for drought to return to the Golden State, as satellite photos released Monday show the lack of snow.

The National Weather Service office in Sacramento shared photos from NASA on Twitter, showing the difference of snowpack on mountains in the northern part of the state compared to the same time last year.

"What a difference a year makes!" the Weather Service said.

JANUARY 2020 WAS THE HOTTEST JANUARY ON RECORD, FORECASTERS SAY

The weather service said that so far this year, the snowpack is 58 percent below normal this time of year.

Side-by-side photos from NASA show the difference in snowpack in Northern California from 2019 to 2020. (NWS Sacramento)

The images, compared side-by-side, show green and brown hilltops instead of the frozen, white snow-capped peaks of 2019.

According to the U.S. Drought Monitor, less than half of normal precipitation has fallen from central and southern Nevada westward across most of California since mid-December. Just over 9.5 percent of the state, including the central and southern Sierra Nevada and adjacent areas of the Central Valley, was designated last week as being in moderate drought.

"Central and southern sections of coastal California accumulated 3 to 8 inches less precipitation than normal during this period while deficits of 5 to 12 inches piled up in the Sierra Nevada," according to the drought monitor.

Nearly 80 percent of storm runoff in the Golden State is wasted according to a new study; William La Jeunesse reports.

The state had been drought-free since early December until a weather pattern change sent more precipitation further north into the Pacific Northwest as the new year began.

An abnormally dry status has also been applied to California's Central Valley and a swath from the San Francisco Bay Area to the Sierra, as well as parts of the California-Oregon border.

The NWS's Weather Prediction Center said Wednesday that dry weather will persist across much of western U.S. through the end of the week. If there is no change in the dry pattern through the month of February, many locations will be nearing the driest combined January and February on record, according to forecasters.

Even with the dry conditions, state water authorities have noted that reservoirs are either at or above historical averages, due to a wet 2019.