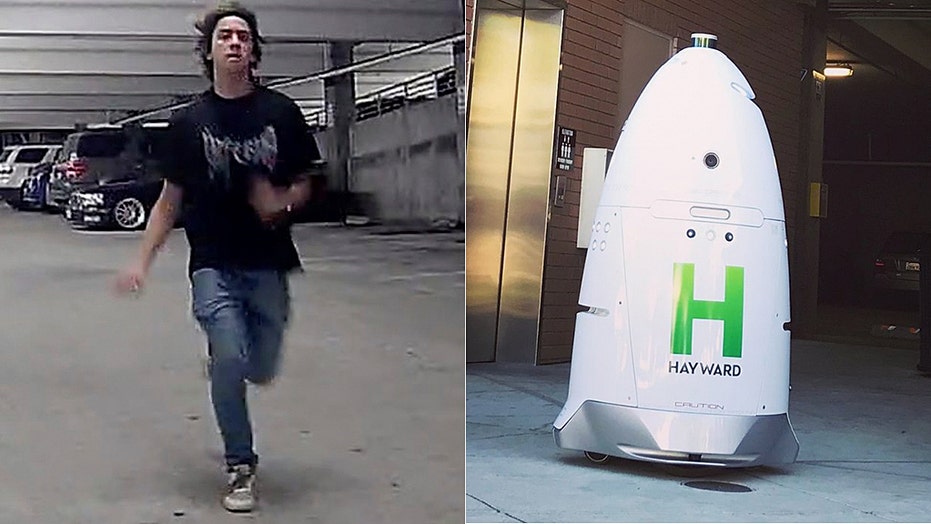 The Knightscope K5 robot took photos of a suspect, a young man in blue jeans and a black t-shirt, before the device was pushed over Aug. 3, Hayward Police said.

The 5-foot-tall robot patrolled the multi-level Watkins Street garage 24 hours a day at a speed of 3 mph, KTVU-TV reported. K5 robots are equipped with four cameras, the ability to call police and are able to track up to 300 license plates in a minute, according to the station.

The robot took photos of the suspect before being attacked, police said. (Hayward Police Department / Knightscope)

The extent of the damage and the cost to repair the robot guard was unclear. Knightscope described the attack as "brutal" on its website, but said the robot appeared to suffer no long-term damage and would make a “full and speedy recovery.”

“K5 deserves justice … and dignity,” the post read. “Despite what some may think, these robots are just trying to help humans!”

Police have asked for the public’s help in finding the robo-wrecker.