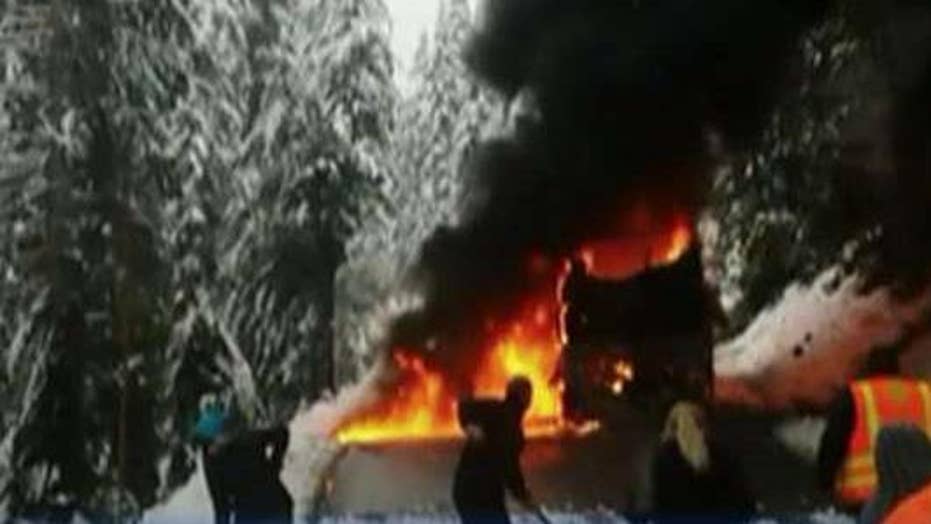 Bus full of students in Washington bursts into flames

No one was injured

Investigators believe an oil leak may have led a charter bus to explode in flames along Mt. Baker Highway in Washington on Saturday morning.

The bus, carrying dozens of middle school students on a ski trip, was evacuated before the fire engulfed the bus, according to FOX13. No injuries were reported.

“It started off with a lot of smoke going on,” one boy on the bus told KING5. “It started from the back of the bus, which was where we were.”

Witnesses told authorities that an oil leak was spotted just before the fire started. The bus pulled over and emptied out after passengers noticed smoke and then flames, according to FOX13.

Investigators told KOMO News that oil was visible on the road for “quite some time.” The incident occurred around 9 a.m.

“Smoke was just billowing everywhere,” a boy who was on the bus said. “We just ran out as quick as possible.”

A second bus picked up the evacuated kids and continued to the Mt. Baker ski area, the Washington State Patrol said.

“We all got free rentals so most of us got to learn how to snowboard because of it,” a bus passenger told KING5.