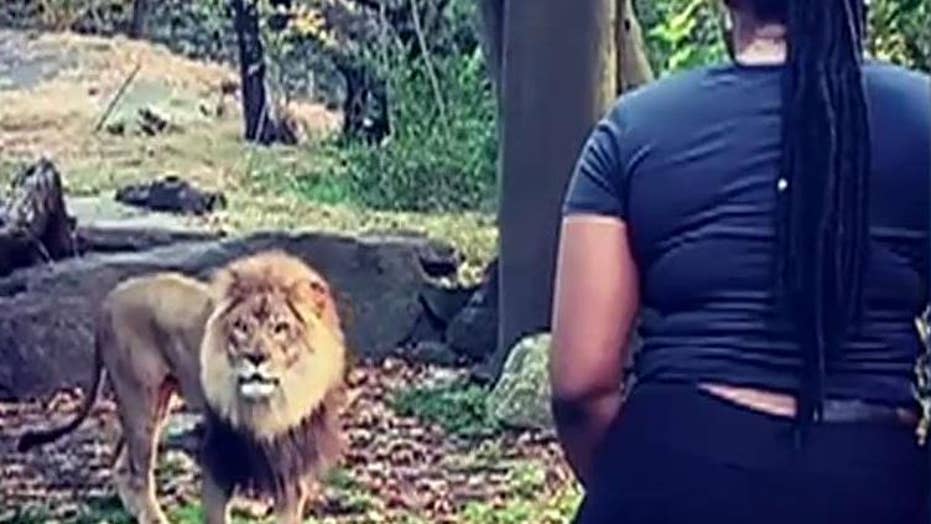 New York police say the woman could face charges after she climbed over a safety barrier and jumped into the lion exhibit at the Bronx Zoo; Jacqui Heinrich reports.

The woman who climbed into the Bronx Zoo’s lion den shouted “shalom” and exclaimed her devotion to Allah and Jehovah in a wild arraignment in Bronx criminal court early Friday morning.

Myah Autry, 32, appeared in the courtroom wearing an NYPD t-shirt after being arrested on Thursday for criminal trespass in connection with the zoo incident.

Autry repeatedly interrupted the judge, shouting “All praises go to Jah and Jehovah!” when her case was called.

The judge, her lawyer, and a friend all urged her to be quiet — but Autry refused, exclaiming a number of times that she is a “black Israelite.”

“Shalom to you and your families,” she added.

Autry was released on her own recognizance, then continued her rant to reporters outside the building.